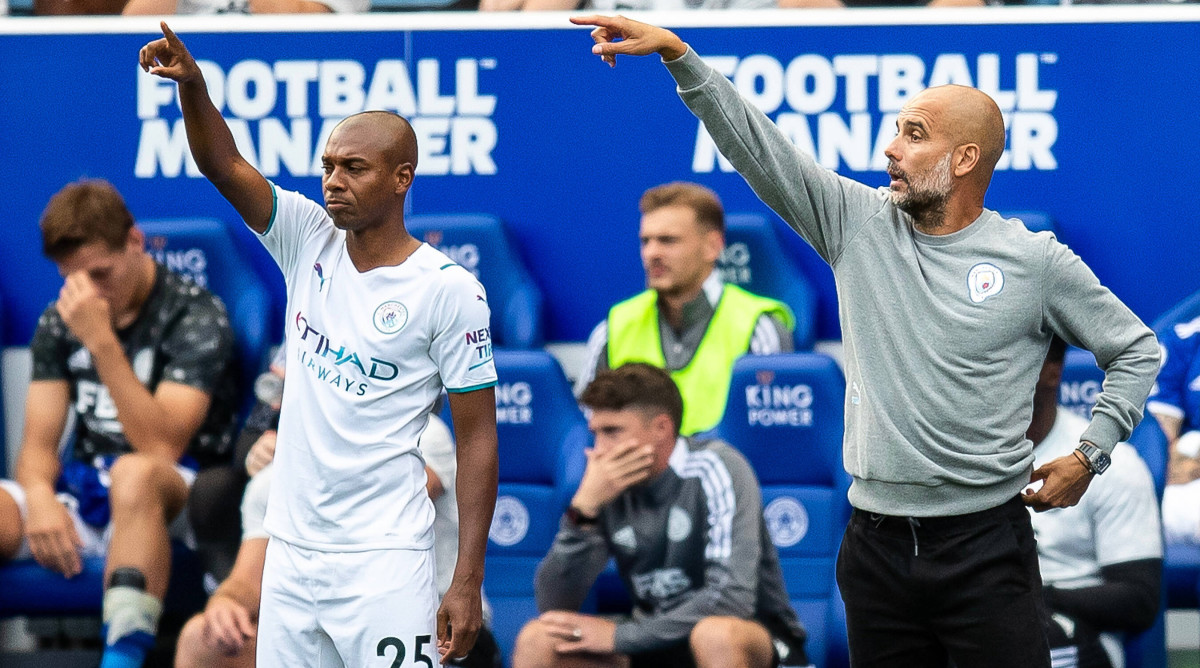 During Tuesday’s prematch press conference, Manchester City midfielder Fernandinho suddenly announced that he wants to leave the club to return to Brazil. The news was so abrupt that it even caught manager Pep Guardiola by surprise.

“Oh, I didn’t know,” Guardiola said during the press conference, per AP. “You give me the news. I didn’t hear it.”

It’s not every day that a club captain announces his desire to leave, especially before a big Champions League match like Wednesday’s trip to Atlético Madrid for the quarterfinal second leg. Still, when asked why he wanted to leave City, Fernandinho said the reason had to do with more playing time.

“Yes, I want to play,” the Brazilian international said. “I want to play regularly. I will go back to Brazil. I decided with my family, which is the most important for me.”

The defensive midfielder, who turns 37 next month, will see his contract end this summer after he signed a one-year extension last year. Fernandinho has made more than 250 appearances for City and won four Premier League titles since arriving in 2013.

Despite the surprise, Guardiola had nothing but praise for his club captain.

“I know what he has done behind [the scenes],” Guardiola told Sky Sports. “… He handled many of the biggest stars that we’ve had without anyone knowing it for the benefit of the team. This is a real captain.

“… From Day 1 until today, he was an incredible football player for Manchester City. Incredible. Above and beyond for the trophies and the minutes and everything he had done. There are things that nobody knows. But I know.”

Fernandinho has only made 11 starts in all competitions for City this season, with his last start coming more than a month ago in the Champions League round of 16. But the City captain said that he remains focused on the task at hand.

“I was 100% honest and spontaneous in answering that question at today’s press conference,” Fernandinho posted in a series of tweets Tuesday. “But anyone who knows me also knows that my greatest honesty is with Man City and my duties as team captain.

“My focus is 100% on winning all the titles we are playing for and I will only talk about my future at the end of the season. Let’s keep pushing!”