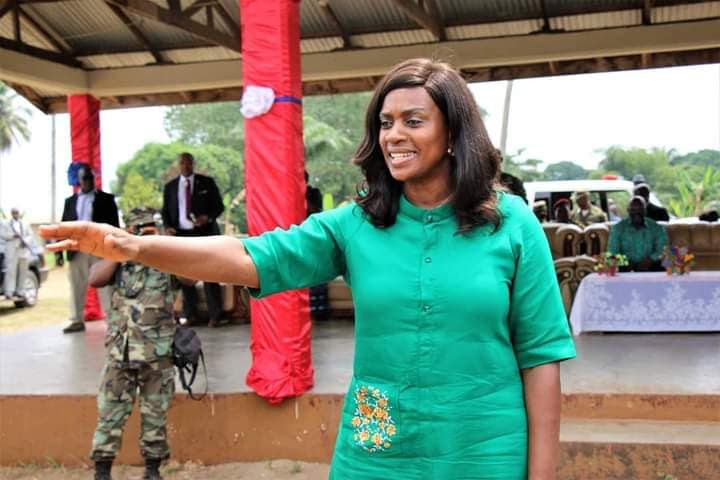 Speaking during a tour of the center on Monday, April 4, 2022, Mrs. Weah noted that the dialysis center initiative along with other strides speaks volume of the progress being made by the Liberian government toward fully addressing the health needs of its people.

While thanking the government through the Ministry of Health and the staffers at the facility, Mrs. Weah was optimistic that the center would help build public confidence in the health system, thereby encouraging residents to seek medical treatment here instead of going to other countries in the region.

“Thank you once again for the great work,” Mrs. Weah said, applauding the team of doctors, technicians, and staffers in general at the Ellen Johnson Sirleaf National Dialysis Center.

“I think that it is commendable and I am happy to see that our government is developing the health sector in many different aspects that can help the people of Liberia.”

As they walked her through various sections of the center providing details on the functions and numerous care being offered, the team raised issues of the huge cost attached to access service at the center thereby calling for her intervention to make it more affordable to the average Liberian.

In response to their concerns, Mrs. Weah offered her support and promised to appeal to the government to consider mechanisms in the form of an insurance scheme that would make care at the EJS Dialysis Center more affordable.

“So, this is our duty to appeal to the government to see if there is anything they can do in the future in terms of helping our community with medical insurance,” said Mrs. Weah.

She continued, “I know it’s a big demand but to spare our community from high death rate to kidney problems we hope that’s something we can do for our people.”

The Ellen Johnson Sirleaf Dialysis Center is the first of its kind in Liberia.

In early March this year, President George Manneh Weah dedicated the center which is located on the compound of the JFK Medical Center and named it in honor of former President Ellen Johnson Sirleaf who initiated the project.