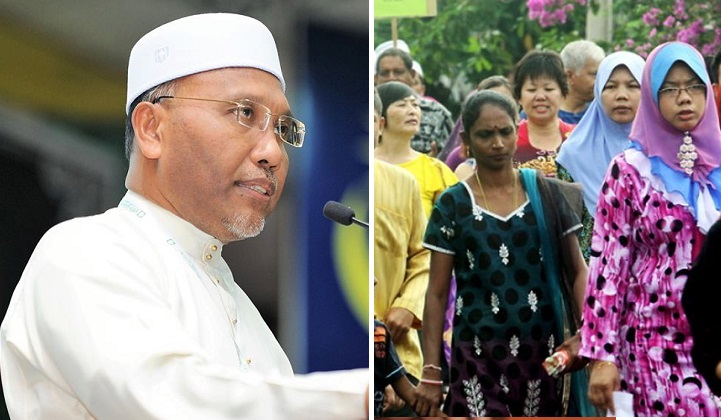 He said that tolerance and goodwill practice has helped build the foundation for the various races living together peacefully, with Islam recognised as the official religion of the country.

Idris said that country with a majority Muslim population could tolerate other races, but vice versa for a Muslim-minority country.

“The foundations that we have built in Malaysia, we hope, can be followed by other countries, including by countries where the majority of the population consists of non-Muslims, so that they emulate the tolerance and goodwill for a harmonious living.

“The Keluarga Malaysia Keluarga Sejahtera is a reality that we have in our country at the moment,” Idris said after attending the World Muslim Communities Council International Conference in Abu Dhabi, which ended yesterday.

Idris added that Malaysia had been practicing the concept of fiqh al-Ta’ayush – building a good for fraternal relations with all components of society – for a long time which helps bond the people of various races and ethnicity together.

Commenting on the conference, Idris lauded the organising country for the event’s success in bringing Islamic figures from around the globe to discuss on challenges facing the ummah today.

Idris also said that the United Arab Emirates had expressed interest in making Malaysia the host for the next edition of the conference.

Goodwill and tolerance to others?

Despite Idris’ remarks, Malaysians however, beg to differ as a 2021 survey listed Malaysia as the 2nd most racist country in the world behind South Africa.

Meanwhile, the World Population Review listed Malaysia at 11th in their list of most racist countries in 2022.