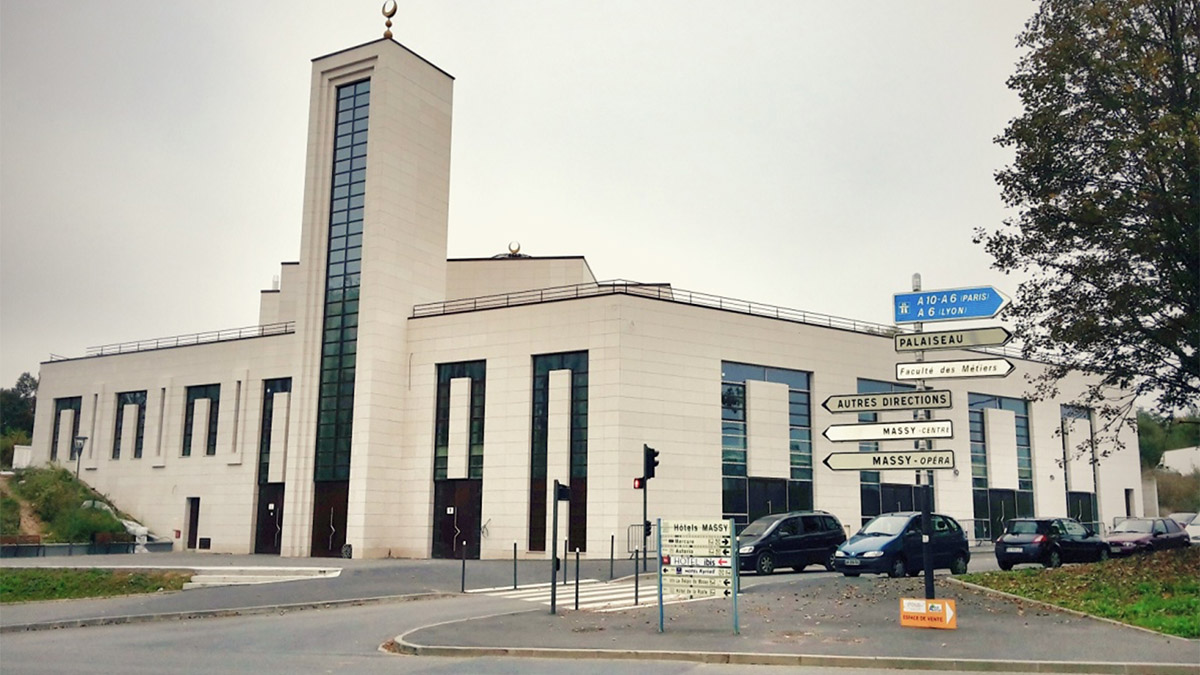 PARIS – Known as France’s first environmentally friendly mosque, the Great Mosque of Massy stands out with its energy savings and effective use of natural resources.

The mosque, which was built in Massy, a southern suburb of Paris, draws attention with its glass dome, mostly glass minaret, and floor-to-ceiling windows, according to Anadolu Agency.

With double-wall insulation, an underfloor heating system, and LED lights, it ensures efficient use of resources.

The mosque, which was inaugurated in 2019, uses the rainwater stored in the mosque for the cleaning and watering of the surrounding green area.

The roof of the mosque has a vegetative coating that prevents energy and heat loss and produces oxygen, it added.

The mosque cost €4.5 million ($4.74 million) in total and it was built with the donations of Muslims in Massy and France.

Mahmoud Ismail, the chairman of the Council of Muslims in Massy, told Anadolu Agency that they built the mosque based on the teachings of Prophet Muhammad 1,400 years ago and the principles of ecology in the Quran.

“Prophet Muhammad encouraged the protection of plants and animals, and to prevent waste,” Ismail said, adding that Islam made “great contributions” to world civilisation in terms of ecology.

Calling on Muslims in Europe, he said: “We need well-respected places of worship in Europe.”