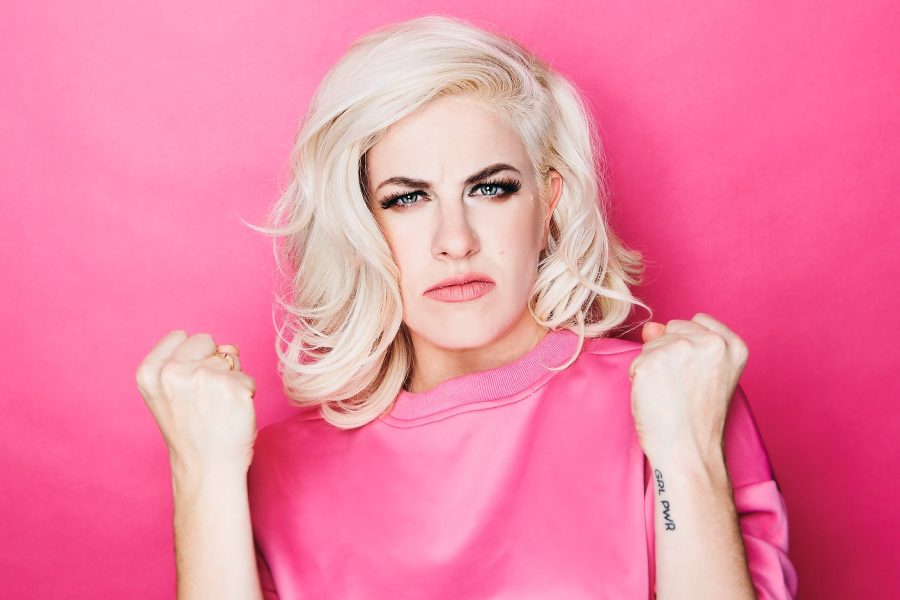 I’m not really a bath person; I’m more of a shower guy. But after watching Barbara Johnston’s marvellous bittersweet show Bubble Babz: Songs From The Tub, I’d be willing to light a few candles, sink into a soothing tub and contemplate (or forget about) life for a while. Especially if I could listen to her catchy songs (which she’s written with Anika Johnson and Suzy Wilde) while I’m in there.

The premise is simple. While recovering from a bad breakup and couch-surfing at a platonic friend’s apartment, Johnston spends a lot of time in that friend’s bathroom – taking baths. She recalls things like traumatic middle-school pool parties, reflects on her parents’ lives and recounts the top three best types of baths.

The fact that her friend is an actor makes her think of her own career in the arts, what happened to her passion for theatre and getting older. Between funny and melancholy stories the magnetic actor sings songs that subtly touch on all those themes. The fact that she doesn’t dwell on the breakup is telling; these baths, and the memories they evoke, are her way of moving on, which she’ll do when she’s good and ready.

While the show at times feels loose, Johnston, accompanist Mateo Chavez-Lewis (dressed up in an adorable rubber ducky suit) and Masini McDermott and Carter Hayden, who sing backup and play various characters in her life (Hayden gets a showstopping number about competing with Ryan Gosling), are all delightful, watchable performers. Ann Merriam directs with a gentle hand, letting emotions bubble to the surface.

It’s a confusing, dangerous world out there; spending an hour with this warm, soothing show might be just what you need.

Barbara Johnston is one of NOW’s 10 artists to watch at this year’s Fringe. See the full list here.