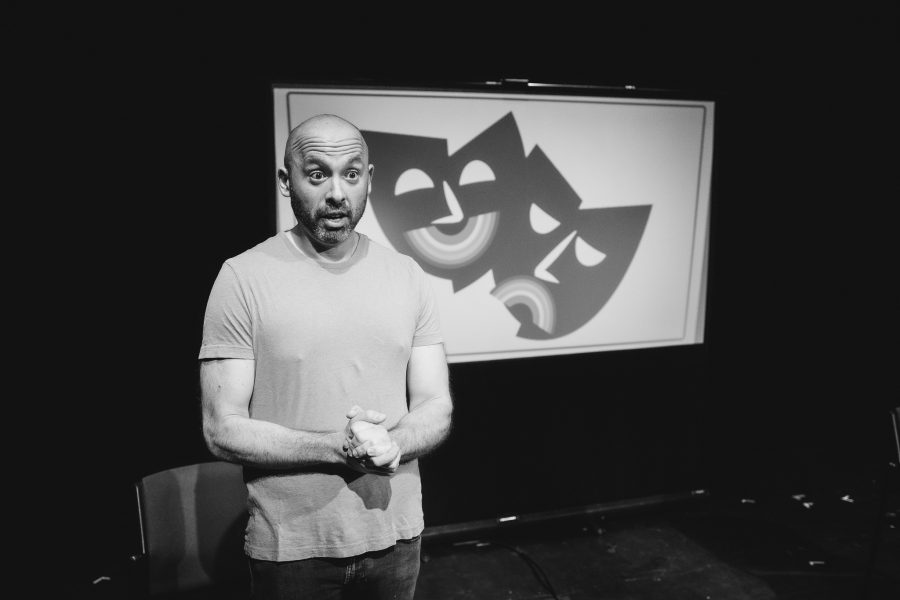 But for the longest time, gay actors have had to sit by and watch as straight actors go “gay for pay” and earn critical raves and awards. Think Tom Hanks in Philadelphia, Sean Penn in Milk, Javier Bardem in When Night Falls, Darren Criss in American Crime Story. The list is endless.

Now underemployed gay actors Blake (Daniel Krolik) and Clay (Jonathan Wilson) are trying to capitalize on that trend by holding a seminar for straight actors wanting such choice parts. The two attempt to teach the participants (us, in the audience) everything from the types of gay men they can conceivably play to standard queer film moments and how to engage in onscreen gay sex. The latter prompts one of many quotable lines: “It’s like meeting up for a fantasy football league. You trade stats for a while before everyone leaves disappointed.”

There’s plenty of anger simmering beneath the script’s surface, especially in an audience participation section on fighting back. (You know you’re at an exciting show when some audience members go “Whoa!”)

While both actors are expert at rousing the audience and making their points – Wilson in particular delivers his lines in a hushed, shyly charming way that draws you in – a serious subplot about the complexities of being a gay actor in the industry could be more artfully integrated into the script.

But that’s quibbling. If this show were being mounted during the regular theatre season, it would likely be up for awards. Considering the talented all-queer artistic team, that’s only fair.