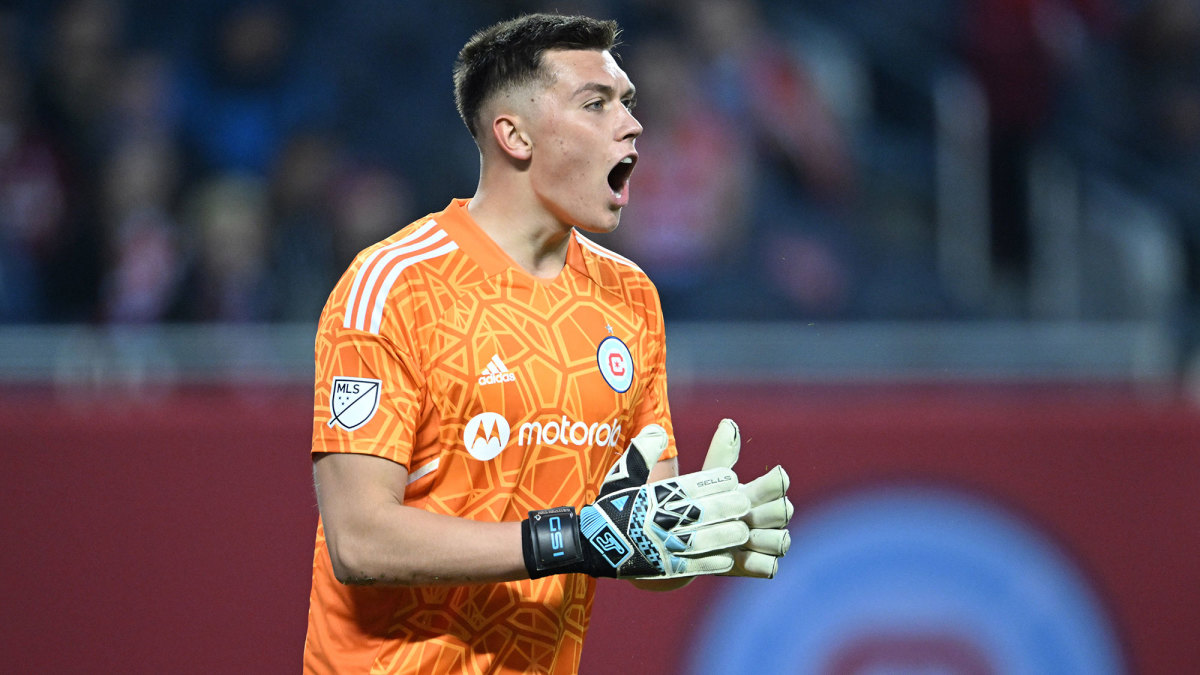 Gabriel Slonina has a decision to make.

The Chicago Fire and U.S. men’s national team goalkeeper, who turned 18 on Sunday, has been called up by Poland for UEFA Nations League matches in June. The development is expected, as it was reported this would occur following a visit from Poland national team coach Czesław Michniewicz last month.

Slonina has dual-nationality and took part in World Cup qualifying for the U.S. as a reserve, though he is yet to appear in a match for the senior national team. He is potentially the U.S.’s goalkeeper of the future, but not if he commits to Poland for the long-term. Even if he were to accept the call-up, it’s unlikely he would be tied permanently to the European nation. Since he hasn’t represented the U.S. in official competition at any level, he’s not required to make a FIFA one-time switch to play for Poland, and FIFA rules stipulate that any player under 21 can appear in three matches—official competition or otherwise—before being cap-tied.

Slonina is one of five goalkeepers Poland called in for the upcoming window, joining Juventus’s Wojciech Szczęsny, Fiorentina’s Bartłomiej Drągowski, Copenhagen’s Kamil Grabara, and Bologna’s Łukasz Skorupski. Poland is due to play against Belgium, Wales and the Netherlands in League A, Group 4 in the Nations League, which doubles as preparation for the World Cup. The Poles are in a group with Mexico, Saudi Arabia and Argentina in Qatar.

Slonina is among a number of U.S. talents who have been weighing their international futures. Rubio Rubin, a forward who amassed seven caps with the USMNT between 2014 and 2018, had his change of association to Guatemala approved on Tuesday. Richy Ledezma, a 21-year-old who scored his first goal for PSV Eindhoven’s first team in the season finale and appeared once for the U.S. in November 2020, is reportedly mulling a switch to Mexico. Efraín Álvarez, Julián Araujo and David Ochoa all have picked El Tri over the U.S. in the last year, while Ricardo Pepi and Yunus Musah are among the dual-nationals the U.S. has successfully courted most recently.

U.S. coach Gregg Berhalter has maintained his stance that he wants dual-national players to experience other camps and opportunities, to gather all the information they can before making a decision regarding their international futures. For Slonina, that could mean a flight overseas next month.