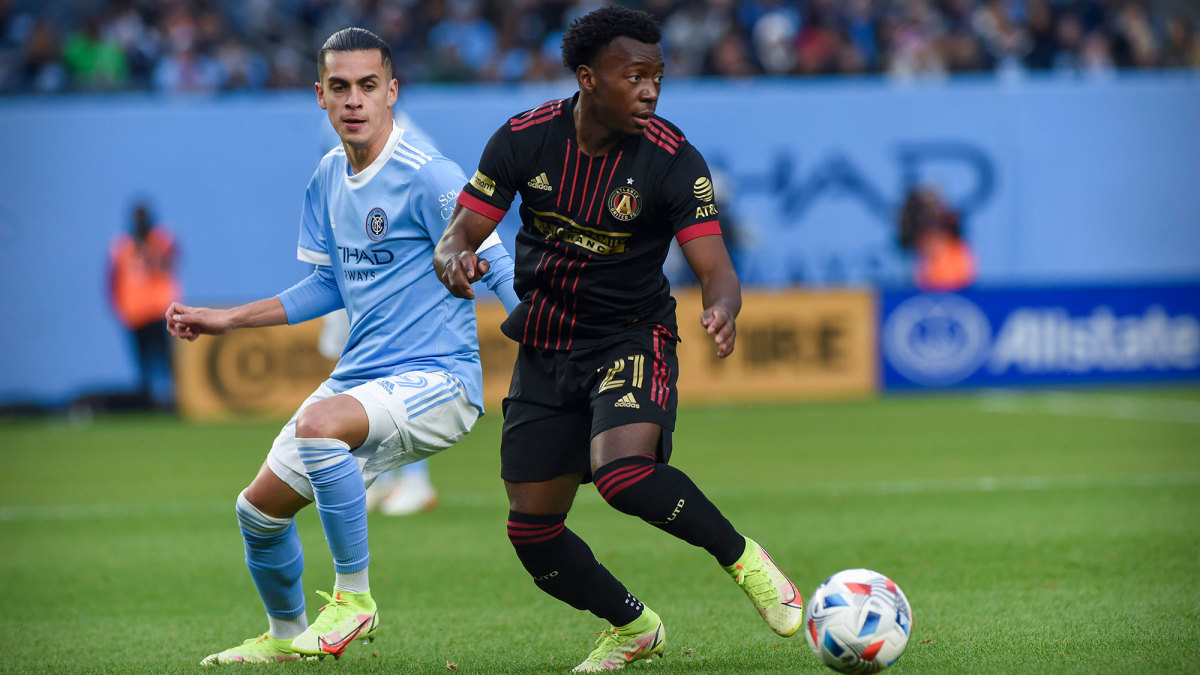 There’s room for more on the MLS-to-Europe train.

Atlanta United and U.S. men’s national team left back George Bello is headed to Arminia Bielefeld on a European deadline day transfer, joining the cascade of young U.S. players headed overseas this winter. Bello, the 20-year-old defender, has six caps with the national team, including a start in the 2021 Concacaf Gold Cup final vs. Mexico. He emerged as a regular starter for Atlanta over the last two seasons in MLS, playing his way onto the U.S. radar as a result. Bello was also part of the U.S. squad for the first two World Cup qualifying windows.

He becomes the fourth player to leave MLS for the Bundesliga in particular this winter, following Ricardo Pepi‘s move from FC Dallas to Augsburg, Kevin Paredes’s move from D.C. United to Wolfsburg and Justin Che‘s loan from FC Dallas to Hoffenheim. Separately, Daryl Dike left Orlando City for West Brom and Cole Bassett (Colorado Rapids to Feyenoord) and James Sands (NYCFC to Rangers) secured 18-month loans as part of other MLS-to-Europe moves.

“Each player has a different path in their development, but George is a shining example of one of those pathways that our club can offer,” Atlanta United technical director and former U.S. left back Carlos Bocanegra said in a statement. “He joined our original Academy program in 2016 and soon signed as a homegrown at just 15 years old. He then made his mark at USL level, went on to debut with our first team and ultimately played his way onto the U.S. men’s national team. For George, his desire was to move to Europe for an opportunity to continue his development and we wish him continued success with Bielefeld.”

Bello, who is signed through 2026, joins a team that’s in a relegation scrap, not unlike Pepi and Paredes. Arminia Bielefeld is two points clear of the relegation playoff place and three away from the automatic drop through 20 matches. Should Bello be ready to play in the club’s next match, he could go up against another U.S. fullback in Borussia Monchengladbach’s Joe Scally.