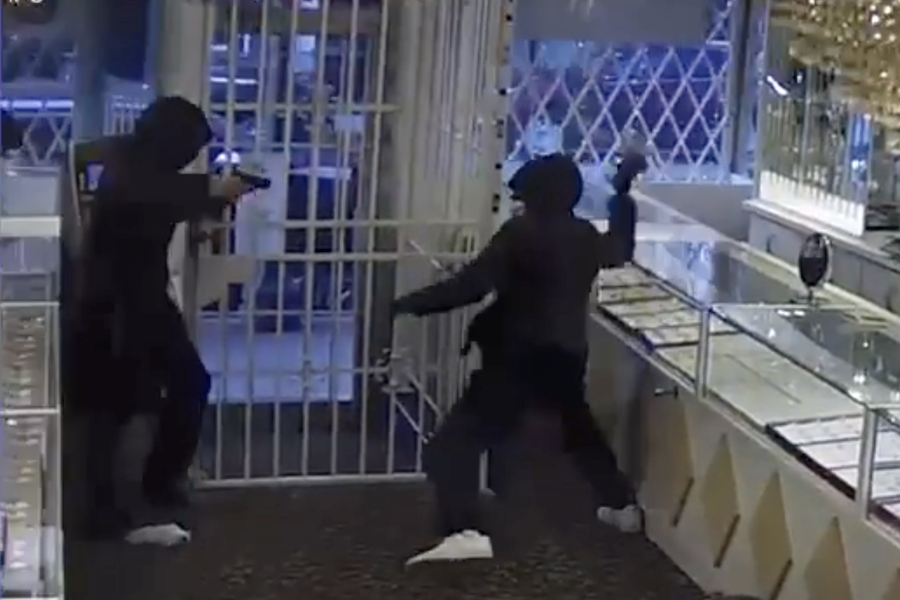 A jewelry store owner and his son fought off an armed robbery in Gerrard Street’s Little India with a bolt cutter and pepper spray. The incident occurred March 17 at about 6:30 pm according to an employee at Sultan Jewellers on Gerrard Street East.

Toronto Police have not yet issued a statement on the attempted robbery and were not immediately available to comment when NOW inquired.

The employee, who asked NOW not to disclose anyone’s names, said the suspects fled the scene tearing up from the pepper spray. His father, the owner, sustained injuries after being hit with the butt of a gun. The employee who spoke to NOW says he only arrived to the scene afterwards. His father and brother were working at the store.

Video of the incident was posted Friday evening to a private Facebook group for locals and visitors to the Coxwell and Gerrard area. The video posted by a user named Channi Jas shows three customers with a baby in a stroller perusing items while the first robbery suspect speaks to an employee. That employee disappears to the back when the suspect pulls out what appears to be a handgun. The customers get down on the ground. The suspect then appears to buzz in two other men who enter the store. All three suspects proceed to jump the counter, put on gloves and empty jewelry from the display shelves as the customers keep their hands up and the child plays with a toy.

Moments later the father is seen fighting off the men with the lock cutter. An altercation ensues and the son appears to ward off the men with an aerosol, which the employee tells NOW was pepper spray.

The suspects struggle to escape the store due to the magnetic lock. One appears to fire a shot from the gun at the employees before they are buzzed out. The employee who spoke to NOW is unaware if any arrests have been made.

A similar incident took place on February 24 at another jewellery store on Gerrard Street East, according to Toronto Police. Two of the three suspects who entered the store in the exact same way as the recent incident have since been arrested.

Below are portions of the video posted to Facebook.