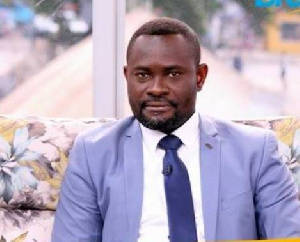 The Government of Ghana is 95 percent ready to implement the country’s controversial E-levy.

Deputy Minister of Finance, Dr. John Kumah made this known in an interview with local media out, JoyNews’ AM Show on Friday, April 29, 2022.

In the interview monitored by African Entertainment, Dr. Kumah who doubles as the Member of Parliament for Ghana’s Ejisu Constituency, explained that the Ghanaian Government’s preparation for the implementation of the Electronic tax will be completed.

The Deputy Finance Minister informed the host of the AM Show, Benjamin Akakpo that “we are 95% ready.”

He noted that “We are rolling out God willing May 1. The E-levy is coming to life.”

Ghanaian President Nana Akufo-Addo has already assented to the country’s controversial E-levy bill, officially making it a law, which means the Ghana Revenue Authority (GRA) is now legally empowered to start collecting the levy beginning May 1, 2022.

The passage of the E-levy bill has been marred by controversies and agitation.

A number of Ghanaian celebrities and members of the public believe the E-levy will worsen the economic situation of Ghanaians.

According to the actress, the passage of the E-levy bill will mark the death of digitization in Ghana.

In a post on social media, she said “people are emptying their Momo left & right. I guess we’re back to cash system in Ghana.”

She added that “E-levy will be the demise of digitization. The charges are ridiculous…what???

There has been public uproar over the passage of the bill.

As earlier reported by African Entertainment, the
Minority in Ghana’s Parliament has signaled its intention to file a lawsuit over the passage of the country’s controversial E-levy.

The Minority led by Member of Parliament for Tamale South, Haruna Iddrisu, has argued that the Majority New Patriotic Party in Parliament did not have a quorum to lawfully pass bill.

As a result, the Minority says the passage of the E-levy bill into law should be treated as null and void.

Addressing the media after the passage of the bill, Mr. Iddrisu, said the NPP members of Parliament were not the 138 needed to pass the bill.

According to him, “therefore, those of you who are celebrating with them that E-levy has been passed, your excitement will be short-lived.”

It would be recalled that on 17th November 2021, the Minister for Finance, Ken Ofori-Atta announced during the presentation of the 2022 Budget Statement and Economic Policy of Government to the Parliament of Ghana, announced the introduction of an “Electronic Transaction Levy” or “E-Levy” of 1.75 percent on electronic transactions above GHs 100 (US$16) per day. The e-levy was to take effect from 1st February 2022.

The Finance Minister had explained that the country’s total digital transactions for 2020 were estimated to be over GH¢500 billion (about US$81 billion) compared to GH¢78 billion (US$12.5 billion) in 2016. As a result, Government is projecting to rake in tax revenue of about GH¢6.96 billion (US$1.1 billion) in 2022, and about GH¢26.90 billion (US$4.5 billion) from 2023 to 2025 after the implementation of the electronic transaction levy to help widen the tax net and rope in the informal sector (PwC 2022 Budget Digest).

But the opposition NDC and a section of Ghanaians have opposed the E-levy, saying its introduction will cause further hardships in Ghana.