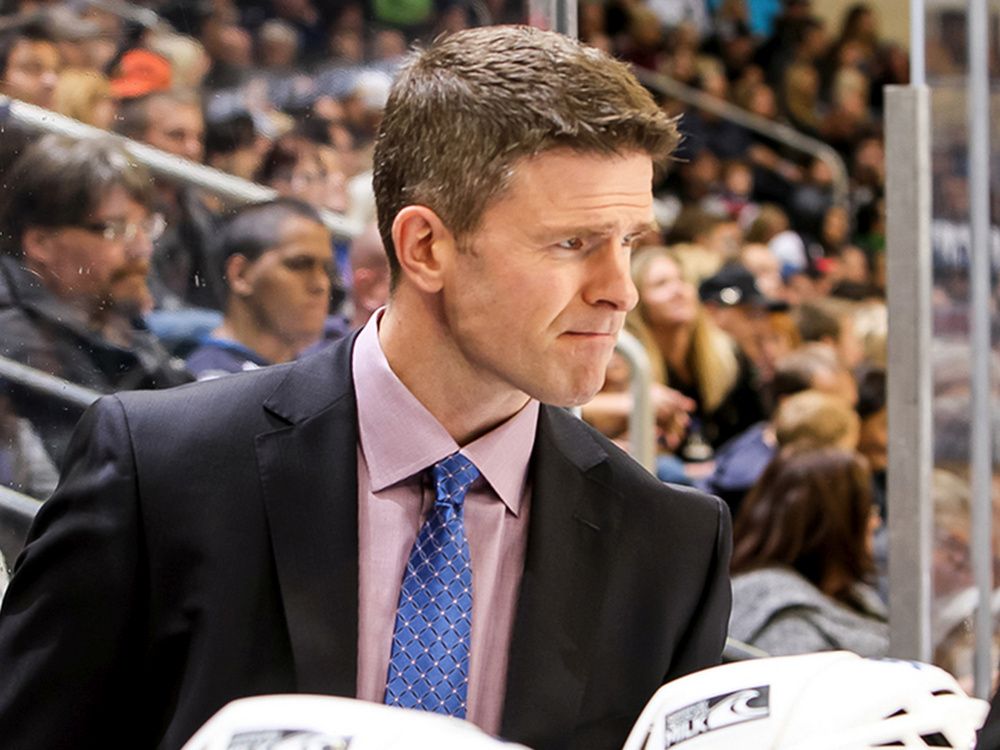 The Vancouver Giants are on the hunt for a lead assistant coach.

Keith McCambridge, who was second in command to bench boss Michael Dyck with Vancouver the past two seasons, was earlier this week named an assistant coach with the Bakersfield Condors, the American Hockey League farm club of the Edmonton Oilers.

McCambridge, 48, is the third Vancouver assistant in a row to leave for a job in pro hockey. He took over the Giants position from Jamie Heward, who departed Vancouver after two seasons for an assistant’s gig with the AHL’s Henderson Silver Knights. Heward had succeeded Dean Chynoweth, who signed on as an assistant with the NHL’s Carolina Hurricanes after one year with the Giants.

Both McCambridge and Chynoweth had extensive experience in pro prior to coming to Vancouver. McCambridge came to the Giants with 10 years coaching in the AHL, including seven as a head coach.

“I think that’s something that brings our organization credibility,” general manager Barclay Parneta said of that connection with its coaching staff and pro hockey.

The Giants have talked to a “number of strong candidates,” about the job, according to Parneta. McCambridge was open about looking at getting back to the AHL, so this was seen as a possibility already. There was talk of him winding up back in the AHL last season. He only signed on with Vancouver for a second season midway through last August.

Dyck, 53, is returning for a fifth season with Vancouver. He, too, has talked about moving into the pro ranks one day.

Vancouver has also yet to fill its vacant play-by-play broadcaster job as well. Dan O’Connor, who had been calling games since the 2017-18 season, left the Giants earlier this summer to work in the UBC sports information department.

O’Connor had replaced Brendan Batchelor, who departed from the Giants after four seasons to call Vancouver Canucks games on Sportsnet 650. O’Connor had been the play-by-play voice of the Prince George Cougars’ games for six seasons prior to moving to the Giants.

O’Connor grew up in Tsawwassen and his family had billeted Giants players.

After 5 seasons as the voice of the Vancouver Giants, Dan O’Connor has decided to leave his role to pursue another career opportunity.
Thanks for everything Dan O, you’re a true professional! We wish you all the best in this new chapter.

Winger Fabian Lysell, 19, and goaltender Jesper Vikman, 20, are both age eligible to come back the Giants for a second season in 2022-23.

Due to the Swedes’ pro hockey connections — Lysell was a 2021 first-round NHL Draft pick of the Boston Bruins and 2020 Vegas Golden Knights fifth rounder Vikman could play minor pro next year instead of coming back to be one of Vancouver’s three overages — the Giants were permitted two more selections in the Canadian Hockey League Import Draft earlier this month.

Vancouver took Slovak centre Samuel Honzek, 17, with its first-round pick,  No. 10 overall. They grabbed Swedish winger Jonathan Lekkerimaki, 17, in the second round, No. 70 choice.

The Canucks went on to pick Lekkerimaki in the first round, No. 15 overall, in last Thursday’s NHL Draft.

There are various possible combinations. Parneta says that he’s going to wait to see who steps on the ice at Giants training camp.

“Until they are here, they’re not here,” he explained, using one of his familiar refrains.

Lekkerimaki looks like an unlikely addition for the Giants, though.  He has told reporters that his plan is to play in Sweden this coming season and Canucks senior director of player development Ryan Johnson has talked about how the team has a “great player development resource,” in Sweden with the hiring of Mikael Samuelsson, a former Canucks winger.

Teams aren’t permitted to stash an extra Euro on their roster, unless he’s playing with an NHL team or one of its farm clubs. For example, Vancouver picked Czechia winger Filip Zadina in 2016, but they waived him that October when he said he was sticking in Europe because Vancouver wasn’t about to part ways instead with either Russian defenceman Dmitry Osipov or Slovak winger Radovan Bondra, who were both regulars in their lineup.

As well, the Giants picked Lysell in 2020, but he stayed in Europe that season. Vancouver only used one Euro during the abbreviated 2020-21 hub campaign — Slovak defenceman Marko Stacha — and that allowed them to keep Lysell’s rights for last year.

The WHL has put out its 2022-23 schedule and Vancouver opens proceeding against the Seattle Thunderbirds at home on Sept. 23.

The league didn’t have games between the Western and Eastern Conferences this past season, but that’s back this time around. The Regina Pats, led by North Vancouver phenom Connor Bedard, are at Vancouver Nov. 25, at the Victoria Royals Nov. 26, at the Kelowna Rockets Nov. 29, at the Kamloops Blazers on Nov. 30 and at the Prince George Cougars Dec. 2.

Bedard, a centre who turns 17 on Sunday, is the runaway favourite to be the first pick in the 2023 NHL Draft.