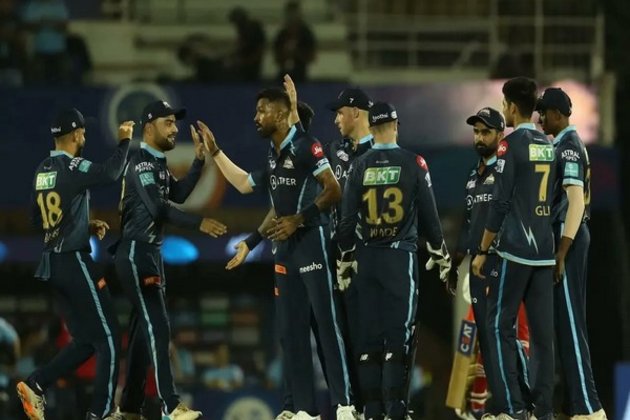 In the previous match against Delhi Capitals, Shubman Gill scored 84 off 46 balls, and in the match against Punjab he scored 96 from 59 balls, and for that, he bagged the ‘Player of the Match’ award. Gill has scored 180 runs in three innings at an impressive average of 60 and a strike rate of 166.66 and his skipper Hardik Pandya is all praise for his opener’s consistency.

“Gill has been telling everybody that he is there. A lot of credit goes to Sai as well, ” said Hardik Pandya in the post-match presentation ceremony.

Gujarat Titans started off well with Shubman Gill and Sai Sudharsan striking a 101-run partnership for the second wicket but the Punjab Kings bowlers clawed their way back and at Gujarat needed 12 runs to win off the last two balls of the final over where Rahul Tewatia hit two big sixes to pull off an improbable win.

“The kind of ups and downs happen, I think I have now become used to. It was Kings’ game; some sympathy for them losing this, ” said Hardik Pandya.

Before the start of the IPL 2022, there was a lot of speculation about captain Hardik Pandya’s fitness whether he will play as he had not played any competitive match since the ICC T20 World Cup 2021 in Australia. Most importantly everyone was wondering whether Pandya will bowl or play only as a batter for his franchise but the Baroda lad has bowled his entire quota of four overs in all the three matches and also picked up two wickets.

“Body is coping all right; I am getting tired obviously. As the games come, I’ll be getting better, ” said Hardik Pandya.

After winning three consecutive matches Hardik Pandya led Gujarat Titans are at the second spot in the points table with three wins in as many matches and they will now take on Sunrisers Hyderabad on Monday. (ANI)