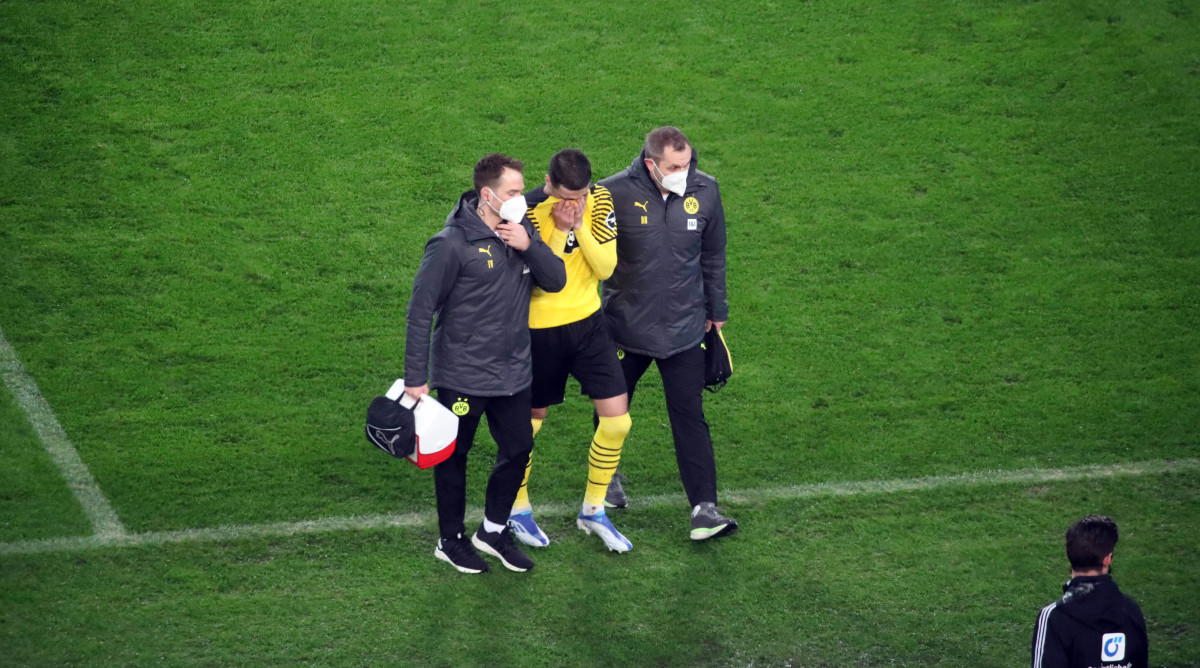 Gio Reyna has been ruled out for the remainder of the season due to injury, Borussia Dortmund confirmed Sunday.

The American international reportedly sustained a muscle and tendon injury that saw him leave Dortmund’s 2–0 win over Stuttgart on Friday in the second minute.

The injury occurred just after Reyna made his first touch on the ball as the winger left the field holding his hamstring. He later walked off visibly upset and in tears after an injury-plagued year.

“Difficult roads often lead to beautiful destinations,” Reyna posted on Instagram on Friday. “Hard to put into words the way I feel right now. Thank you for all the support! I’ll be back and better than ever!”

Reyna, 19, has missed significant time this season due to injury, including five months after he picked up a hamstring injury in September during a U.S. men’s national team World Cup qualifier.

He suffered a setback not long after his return in February, but was still able to participate in the most recent World Cup qualifiers that saw the USMNT clinch its spot at the 2022 World Cup. In all, Reyna only made 13 appearances for second-place Dortmund across all competitions  this season.

It is unclear whether the injury will rule Reyna out for the June international window, when the U.S. will participate in the Concacaf Nations League.