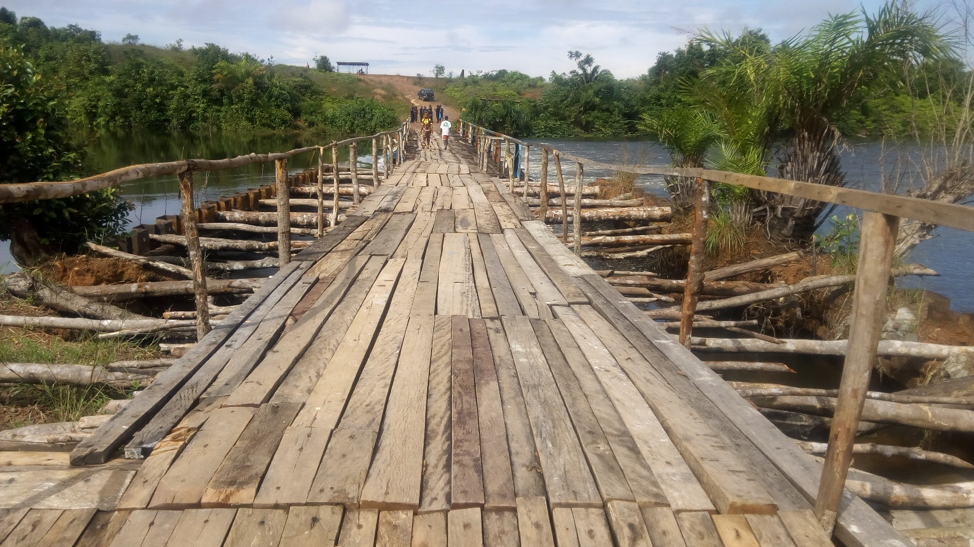 The Ministry of Public works has finally broken grounds for the reconstruction of the bridge leading to the Grand Bassa County Community College in Buchanan City.

The ground breaking ceremony was apparently triggered by the Grand Bassa County Legislative caucus’ threats to probe the Ministry of Public Works over monies reportedly allotted in the Ministry’s budget in the 2020-2021’s fiscal budget for the construction of the county’s community roads.

Grand Bassa County Senator Jonathan Kaipay had been the lead among the caucus members who took issue with the acting Public Works Minister, Ruth Coker Collins when she appeared at the Liberian Senate to defend the budget allotted to the Ministry in 2021’s fiscal budget and drew attention to her entity’s work when she said monies were used in the county when in fact, the bridge was still untouched.

Speaking during the ground breaking program yesterday, Minister Coker-Collins said the groundbreaking program comes on the heels of the President’s mandate drawing from his recent nationwide county tour when he visited Grand Bassa County and saw firsthand the appalling state of the Benson River Bridge which had been lying in ruins.

Going forward, she said, the exercise puts an end to the nightmare that had long instilled fear amongst the people, especially those attending the Community College.

“Before I go any further, it is my pleasing duty in this public gathering to extend profoundest gratitude to President George Manneh Weah for his commitment in ensuring that the Pro-Poor Agenda for Prosperity and Development reaches the nooks and cranny of every county and Grand Bassa County is not an exception,” she mesmerized.

“Today, I am particularly proud to part be part of a move that will shortly witness the demolition of the existing composite bridge structure that had long been seen as a “death trap,” Minister Collins acknowledged.

According to the Minister, when the bridge is demolished, there will be an installation of a new bailey bridge to be produced by ACROW, an American Company that manufactures high quality speed for the production of bridges.

Ruth said, the design of the bailey bridge will be approximately 150ft long, a width of 16ft and a life span of eighty years adding, “Interestingly, the bridge will also comprise of a 5ft pedestrian’s walk way on both sides. The capacity of the bridge shall be 50 tons minimum 60ft maximum with a total construction cost of US$ 1, 150, 000.”

“With a rich history of Jupiter Construction Company, a purely Liberian-owned company, it is safe to state that we are hoping to have a value for money, and that our people will once again be able to freely commute over the bridge to pursue various vocations and other business ventures,” she said.

Meanwhile, the engineer Minister explained how the long awaited project has a single financier which is the Government of Liberia through the National Road Fund and clarified that it is not a political project.

“The government through the Public Works Ministry is committed to the infrastructural needs of our people. Once funding is available, we seek to also connect all county capitals including the Buchanan – Cestos – Greenville – Barclayville Roads Corridor,” she assured.

She concluded saying, “While we seek funding for our roads, we have commenced vigorous routine road maintenance works along these corridors with the help of the first consignment of equipment we procured.”