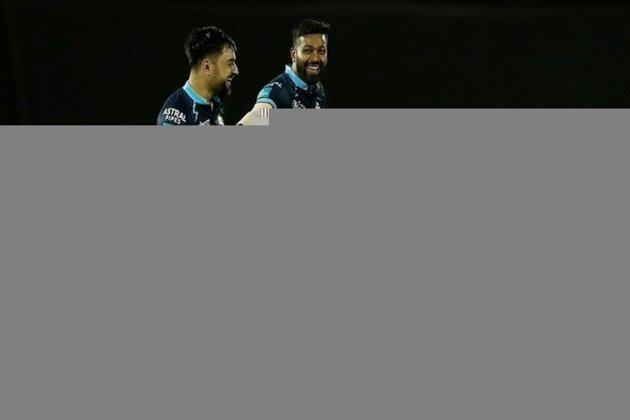 Mumbai (Maharashtra) [India], May 10 (ANI): Former Indian captain Sunil Gavaskar reckons IPL 2022 newbies Gujarat Titans are doing well in the 15th edition of IPL because they are playing a fearless brand of cricket but at the same time they are not thinking too much about the result.

Gujarat Titans are second in the IPL 2022 points table with eight wins in 11 games as Hardik Pandya and company are just one win shy of securing a playoffs berth.

Speaking on ‘Cricket Live’ on Star Sports, Gavaskar said: “Gujarat are playing with such freedom and they are fearless (in approach). There’s no fear of the world in their game and that’s why they are winning.””Of course, you wish to win even when you are playing in your backyard but a loss doesn’t mean that it’s an end to the world, that’s the approach with which they are stepping on the pitch. They are enjoying their game and playing positive cricket.”In the reverse fixture, GT will clash with fellow IPL newcomers Lucknow Super Giants on Tuesday.

Former Indian cricketer Harbhajan Singh has backed Hardik Pandya-led Gujarat Titans to win the match against Lucknow and become the first team to qualify for playoffs.

“Gujarat Titans are going to win the match against Lucknow Super Giants and they will become the first team to qualify. The Hardik Pandya-led side is very strong. Rashid Khan is in great form and coach Ashish Nehra is giving them just the right amount of confidence. This team is difficult to beat,” Harbhajan said.

Former Australian cricketer Matthew Hayden lauded the Gujarat Titans for the brand of cricket they are playing in their debut season and the match-winners the franchise has in its ranks.

Hayden said: “GT bat deep, they’ve got the confidence, and they are full of match winners. It’s exciting to watch them because when there’s not a Rahul Tewatia show, it’s a Rashid Khan show and when Rashid isn’t performing, it’s a Killer-Miller (David Miller) show. This team is lined up with several match-winners and that’s what makes them a dangerous side. It’s exciting to watch the brand of cricket they are playing.”In the first match of the IPL 2022, Hardik Pandya-led Gujarat defeated LSG. But it was the start of the tournament, and like every year, there was a world of possibilities open before every team. Now, that the league is near it’s business end, the Titans and Super Giants will enter the Maharashtra Cricket Association Stadium as joint table-toppers and almost certain playoff qualifiers. (ANI)