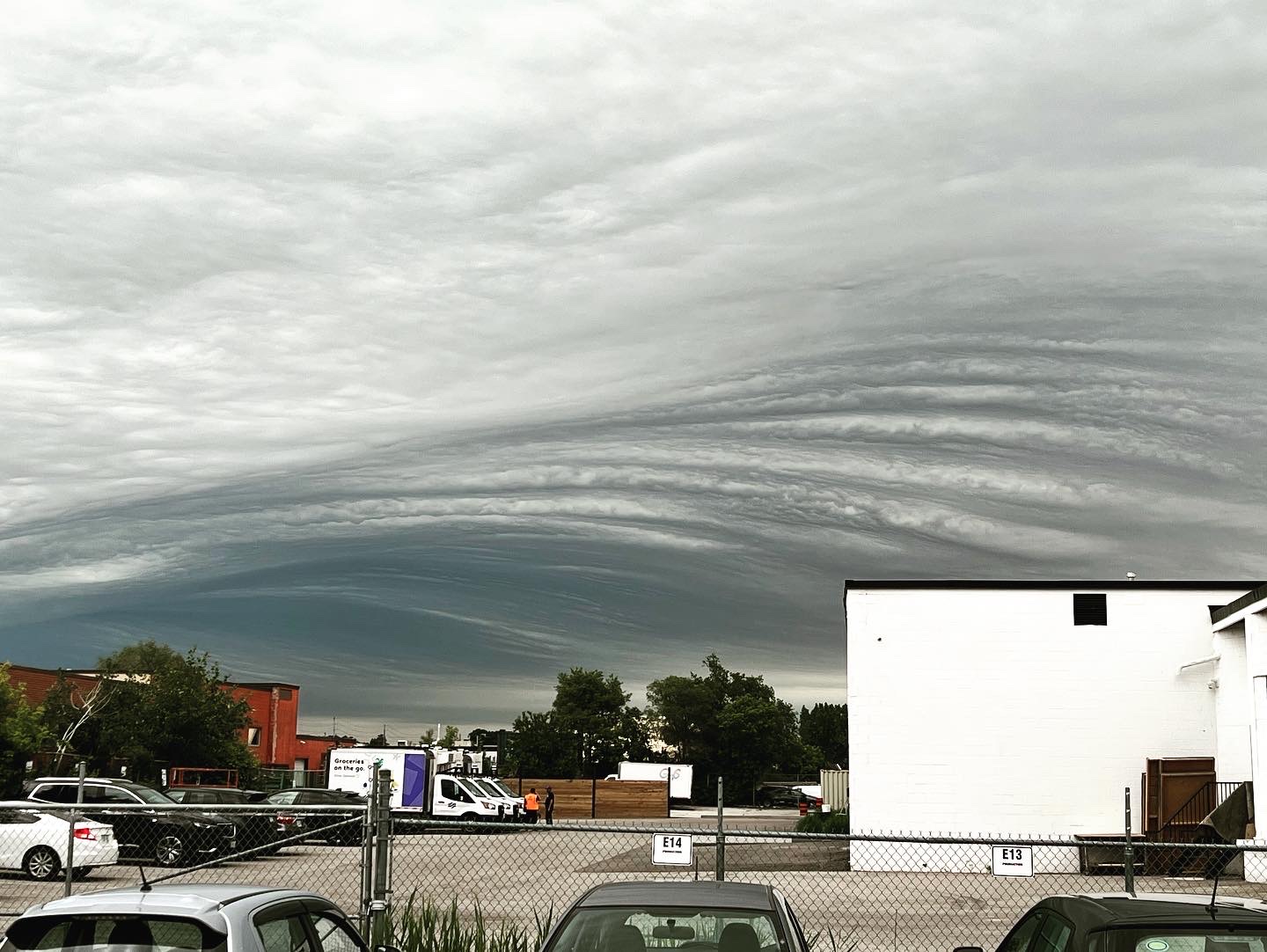 They are called asperitas clouds and if you looked outside on Wednesday in southern Ontario, there’s a good chance you saw them following a cluster of storms that passed by.

These wavy cloud formations were seen from various areas, including downtown Toronto, Collingwood, Orangeville, Sudbury, Orillia, and Peterborough, to name a few.

CityNews Meteorologist Natasha Ramsahai says asperitas clouds are rare to see in this part of the country.

“These asperitas clouds are not thunderstorm clouds, so no precipitation comes out of these clouds themselves, and it’s still kind of a little bit of a mystery to meteorologists exactly how these clouds form,” Natasha says.

“One thing we know for sure is that it’s generally two different types of air that are clashing, and in this case, it was warm moist air riding on top of cool stable air.”

This Asperitus cloud over #Toronto though ???? pic.twitter.com/qd0Mew55v4

While these clouds are not thunderstorm clouds, Natasha says they are generally found in the vicinity of them because that’s where the air is unstable and very turbulent, which creates the up and down motion that causes them to look wavy, and they are often between four to 10,000 feet in height.

Natasha says asperitas clouds usually have a better chance to form around the Great Plains, where it’s flat and there’s less friction.

“Here when storms move over the Niagara escarpment, or over the bodies of water, like the Great Lakes, and then they encounter different temperatures, it’s not the ideal condition for these types of clouds to form because the thunderstorms will either start dying or kind of grow and then they go over the escarpment, they start dying,” Natasha says, “the up and down of the thunderstorm itself will not be the best thing for the asperitas to form nearby.”

In Saskatchewan and the southern Prairies, where there’s flat land, little friction and little to no water are where you’d have a better chance to see these clouds, and not in other parts of the country, such as the coastal regions, near the Rocky Mountains, or Atlantic Canada, where there’s a lot of elevation changes.

A short video of this morning’s lightning strike in Collingwood, On @weathernetwork #ONStorm pic.twitter.com/Td5CqgaZ0F

This morning’s #ONstorm produced some wild looks over the North course ????

Thunderstorms are in the forecast again Thursday, and it doesn’t appear Ontarians will have the weather ingredients needed to see these asperitas clouds again this round.