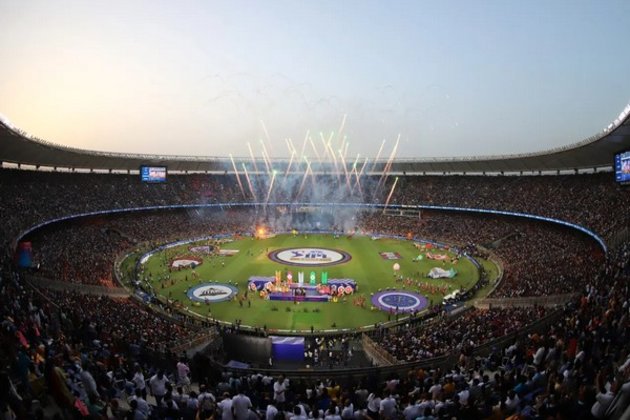 Mumbai (Maharashtra) [India], June 14 (ANI): The IPL TV and digital rights for the 2023-2027 cycle have been sold to Star India and Viacom18 respectively for a whopping Rs 48,390 crore for 410 matches at e-auctions on Tuesday. IPL is now the second most valued sporting league in the world in terms of per match value.

“Since its inception, the IPL has been synonymous with growth and today is a red-letter day for India Cricket, with Brand IPL touching a new high with e-auction resulting in INR 48,390 cr value. IPL is now the 2nd most valued sporting league in the world in terms of per match value!,” BCCI secretary Jay Shah tweeted.

The Package A (of TV) has been sold to Star India at Rs 23,575 crore which is Rs 57.5 crore per match and Package B of Digital Rights as well as Package C for selected 18 games in digital space for India each season has been sold to Viacom-18 at Rs 23,758. Reliance-owned Viacom-18 also won Australia, South Africa and United Kingdom rights. Times have got MENA (Middle East North Africa) and the United States and the Rest of the World Rights.

“I am thrilled to announce that STAR INDIA wins India TV rights with their bid of Rs 23,575 crores. The bid is a direct testimony to the BCCI’s organizational capabilities despite two pandemic years,”Jay Shah said.

“Viacom18 bags digital rights with its winning bid of Rs 23,758 cr. India has seen a digital revolution and the sector has endless potential. The digital landscape has changed the way cricket is watched. It has been a big factor in the growth of the game and the Digital India vision,” he added.

The media rights value has grown more than two-and-a-half times than what Star India paid in the year 2017.

The process was divided into a total of four packages (A, B, C and D). Package A was exclusive for TV (broadcast) for the Indian subcontinent while package B was for digital-only grouping for the same region.

There were four specific packages in which e-auction was conducted for 74 games per season for a five-year period with a provision of increasing the number of matches to 94 in the final two years.

Package C is for 18 selected games in each season for digital space. In Package D all games will be for combined TV and digital rights for overseas markets.

All bidders made separate bids for each package. (ANI)