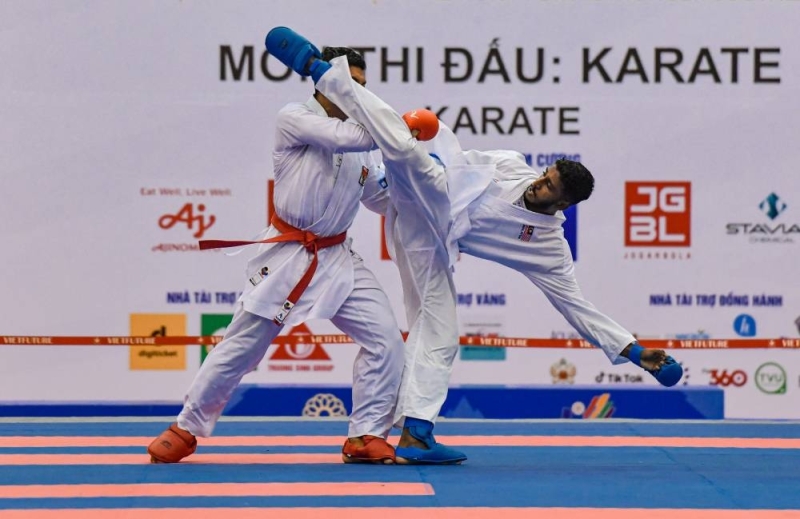 HANOI (May 21): The national contingent can heave a huge sigh of relief now that they have achieved the 36-gold medal target on the 13th day of the Hanoi SEA Games here yesterday.

Malaysian athletes began the day knowing that they were just two short of the 36-gold target and they duly delivered.

It was indeed a day of double joy as they not only helped the Malaysian contingent achieve the 36-gold target but also ended the karate team’s 29-year wait for SEA Games glory in the men’s team kumite event.

National weightlifter Muhamad Aznil Bidin, meanwhile, managed to bag a silver in the 61-kilogramme (kg) category with a lift of 287kg, thus erasing his own national mark of 285kg that he had set in Pattaya, Thailand in 2019. National cyclists also did not disappoint when they contributed a bronze medal at the Hoa Binh Province, about 75 kilometres (km) from here.

Meanwhile, Malaysia had to be contented with two bronze medals in boxing when Mohd Aswan Che Azmi (69kg category) and Khir Akyazlan Azmi (81kg category) lost in the semi-finals.

In Muay Thai, Malaysia are assured of at least two silver medals when two exponents checked into Sunday’s (May 22) finals of their respective events.

With three more days to go before the curtain comes down on the biennial Games on Monday (May 23), the national contingent are in sixth position in the medal standings with a haul of 36 golds, 40 silvers and 79 bronzes.

Tomorrow, Malaysia will be banking on shooters Johnathan Wong and Nurul Syasya Nadiah to add to the country’s gold medal tally when they combine for the 10-metre (m) mixed team air pistol event.

Based on their achievement so far in the Games here, Johnathan and Nurul Syasya Nadiah, who both won their 10m air pistol individual events respectively, are fancied to bag the gold medal in the mixed category. ― Bernama