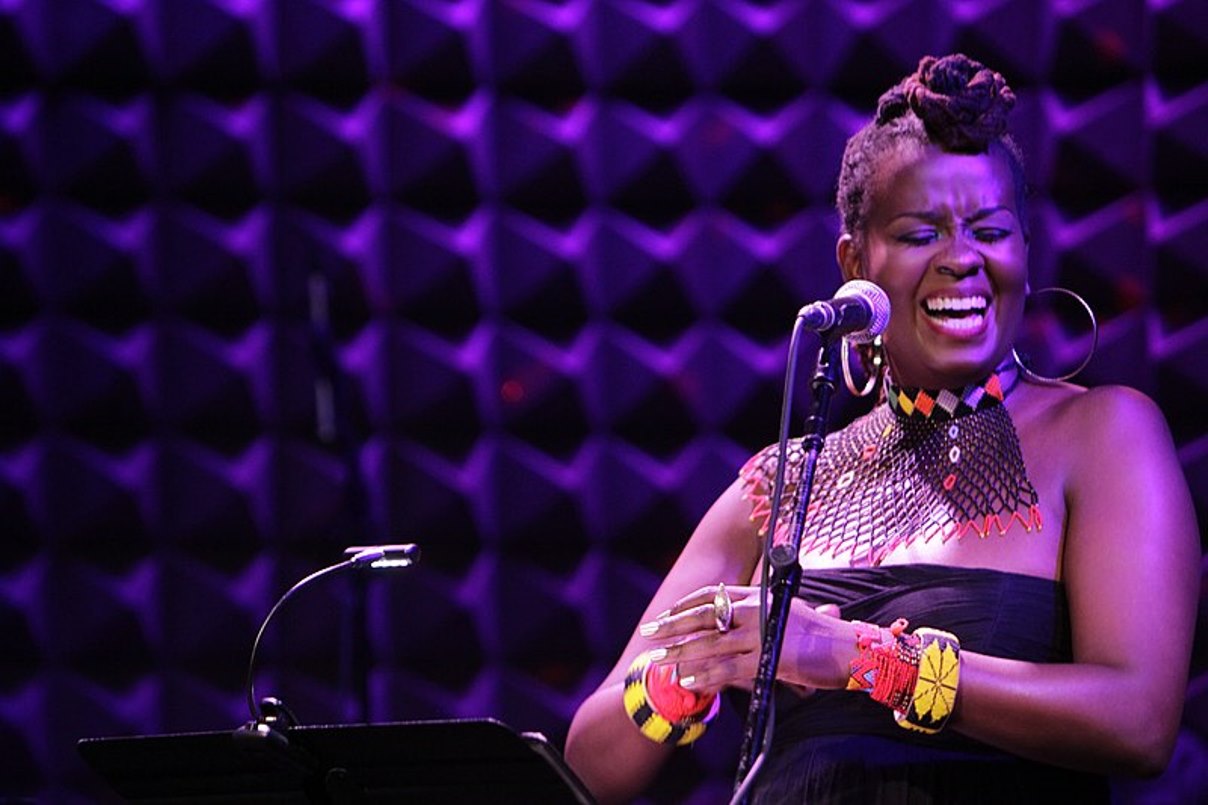 The late Miriam Makeba until her death 14 years ago, used her music to address issues such as racial apartheid in South Africa. The timelessness of her music has remained an inspiration to many.

Somi, who honoured the late anti-apartheid icon with new twists to her greatest hits such as “Pata Pata” and “Malaika”, said Makeba had set a blazing trail for younger generations.

“You can put on a record and still feel called to arms,” the Grammy-nominated singer-songwriter said in an interview.

“I would like to believe that she would be delighted to see how much more of the continent is being seen and heard. To know that we are actually having a seat at the table these days in a new way.”

Born in the U.S. to parents from Rwanda and Uganda, Somi revealed she created her album “Zenzile: The Reimagination of Miriam Makeba” as a “love letter” to the superstar who she revels as her idol.

The album was released on Friday, March 4, 2022, (Makeba’s 90th posthumous birthday, and launched at the Apollo Theatre in New York.

“The space-making she did on our behalf … as the first African artist to show up on the global cultural stage, we are all indebted to her,” she said.

Somi, in her enthralling performance with powerful vocals, had her South African audience agog, as they sang her praises for reinvigorating her sound to songs they already knew, and doing it beautifully too.