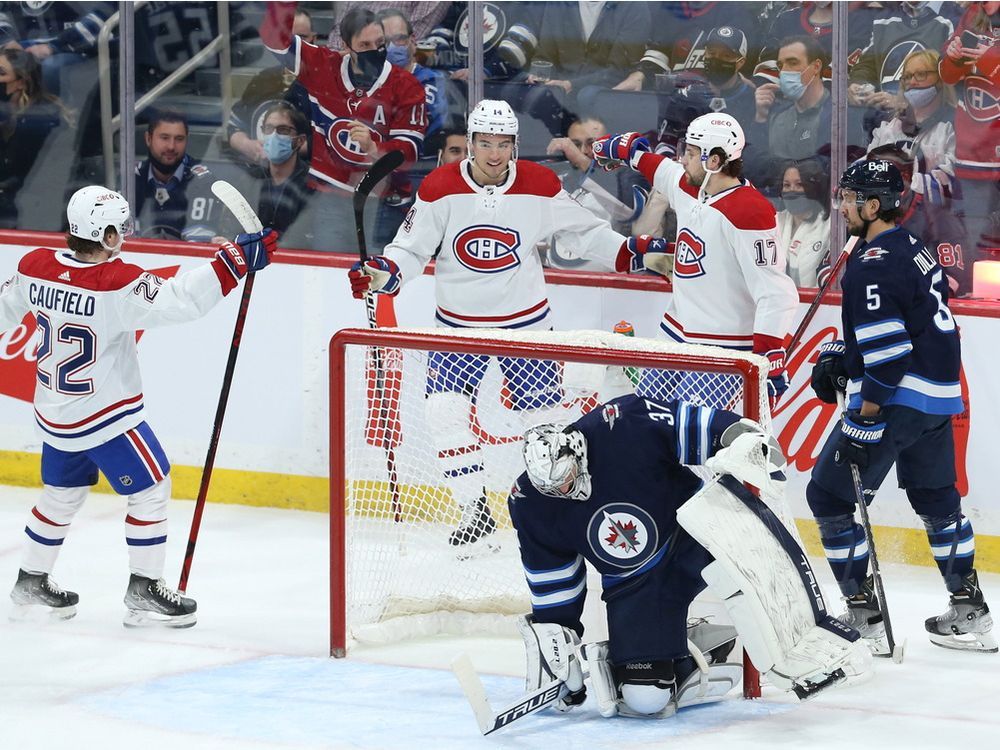 The matchup: This is second of two games between these teams and the Jets were decisive 8-4 winners in Winnipeg on March 1. This was one of the few games that got away from the Canadiens since the arrival of head coach Martin St. Louis. The Canadiens, who are coming off a 3-2 loss to the Maple Leafs on Saturday in Toronto, will have a bit of an edge because this will be the second game of a back-to-back situation for the Jets, who played  in Ottawa on Sunday night.

In the interim: Both teams are operating under interim head coaches after making changes during the season. St. Louis was hired in early February after the new brain trust of Jeff Gorton and Kent Hughes realized the team was regressing under Dominique Ducharme. There was no scenario where the Canadiens were going to make the playoffs, but St. Louis has the Canadiens playing competitive hockey and he has a 12-11-4 record with a youngster-laden squad. Dave Lowry was promoted in December after Paul Maurice decided the Jets needed to hear a new voice. He has failed to make a discernible difference in Winnipeg and the Jets have only a slim chance of making the playoffs. They went into Ottawa seven points out of a wild-card spot in the Western Conference and time is running out.

Allen on the shelf again: The Canadiens will likely recall goaltender Cayden Primeau from the Laval Rocket to back up Sam Montembeault. Jake Allen, who has been serving as the No. 1 goaltender, suffered what appeared to be a groin injury while unsuccessfully attempting to stop Auston Matthews’ first goal Saturday. While the extent of  the injury is unknown, he missed more than two months earlier this year with a similar ailment. Carey Price has been looking good in practice, but his activity has been limited to facing shots without any traffic in front of him. St. Louis dismissed the idea of Price accelerating the timeline for his return and said the veteran netminder will not make his season debut until he feels he’s ready.

Cole-fired offence: Rookie Cole Caufield was saying last week it would be cool to score 20 goals this season, particularly because he had such a dreadful start and wound up in Laval at one point. Given Caufield’s recent production, 20 goals is a distinct possibility. He potted No. 18 Saturday in Toronto and has goals in each of his last four games. He’s fifth among rookie goal scorers, six behind leader Tanner Jeannot. Jonathan Drouin’s season is over after he underwent surgery to repair torn tendons in his wrist. He finishes with six goals and 14 assists in 34 games.

Where’s the defence? The Jets have four players with at least 20 goals, led by Kyle Connor, who is better than a point-a-game with 41  goals and 41 assists. The problem for the Jets is goaltender Connor Hellebuyck, who won the Vezina Trophy two years ago. He is having the worst season of his career with a 25-25-10 record and a 2.94 goals-against average. Mark Scheifele has 29 goals and 69 points, while 23-year-old Pierre-Luc Dubois is feeling at home in Winnipeg, where his father, Eric, is an assistant coach with the AHL Manitoba Moose. Dubois has 25 goals and 27 assists as a strong  two-way forward. Nikolaj Ehlers has scored 24 goals.