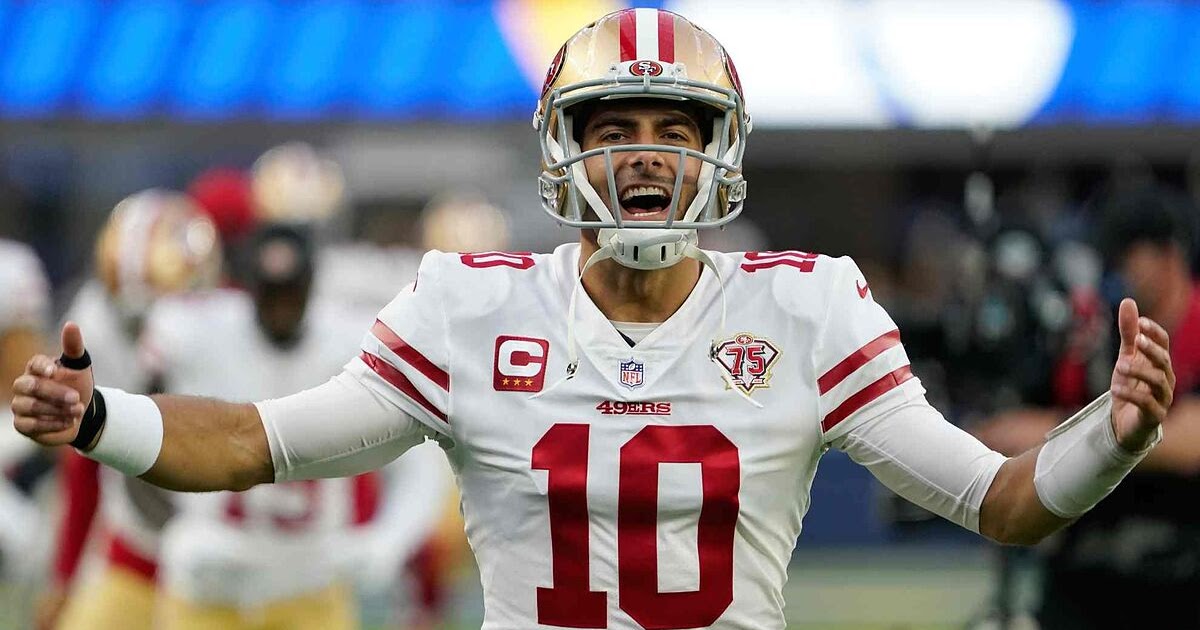 It wasn’t the end to the season that San Francisco 49ers quarterback Jimmy Garoppolo was hoping for, as an interception in the face of Aaron Donald consummated his team’s 20-17 loss to the Los Angeles Rams on Sunday in the NFC Championship Game at SoFi Stadium.

After the loss to the Rams, the famed “Jimmy-G” spoke about the pain of the loss and the possibility of having been the farewell with the team he led to play in Super Bowl LIV.

“We’ll see what happens in these next couple days, weeks, whatever. I love this team. Just the fight and the battle in this team throughout the entire year has been really impressive. And I love these guys.”

Garoppolo was traded from the New England Patriots to the 49ers midway through the 2017 season for a second-round pick, and while his numbers haven’t been wonderful in San Francisco, the team has gained far more than it has lost with him and that’s appreciated by head coach Kyle Shanahan.

Support from Shanahan and Samuel

“I’m not going to sit here and make a farewell statement or anything right now. It’s the last stuff on my mind, Jimmy has battled his ass off. He battled today. He did some unbelievable things today. I love coaching Jimmy,” Shanahan said.

This season, Garoppolo’s main weapon was recetpor Deebo Samuel, who also backed up his quarterback.

“I think Jimmy played very well, left it all out there,” Samuel said. “This team loves Jimmy to death, and we’re all behind him.”