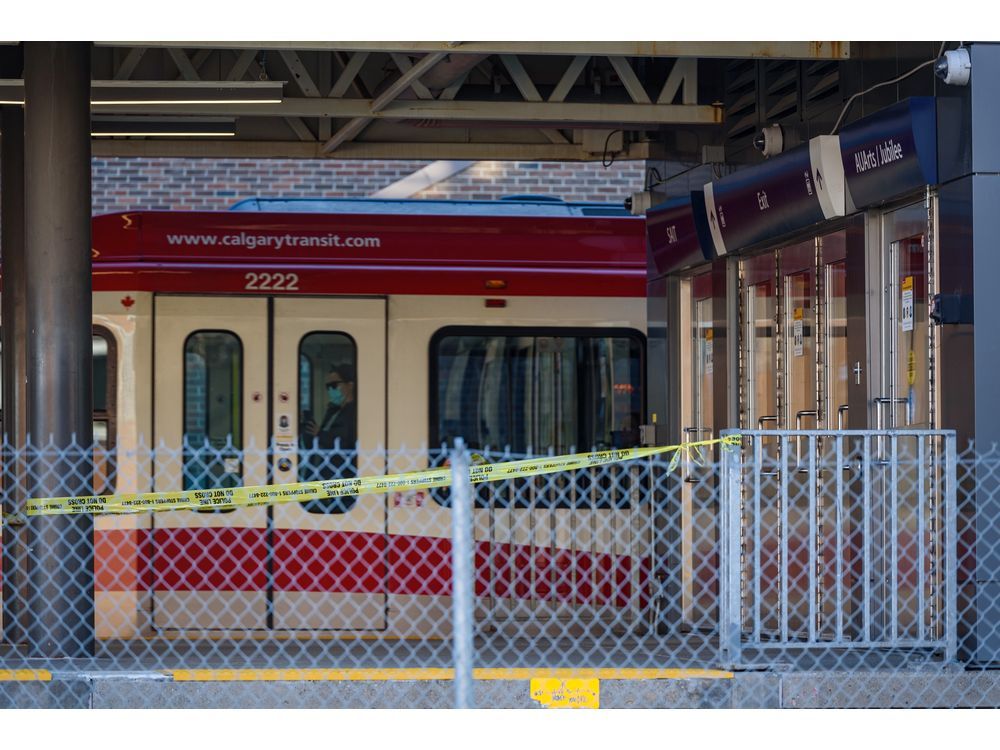 A man was taken to hospital in life threatening condition Wednesday morning after being found at the Jubilee LRT station bleeding from his neck.

A man was taken to hospital in life threatening condition Wednesday morning after being found at the Jubilee LRT station bleeding from his neck.

Staff Sgt. John Guigon with the Calgary Police Service said officers were called to the CTrain station around 5:27 a.m.

He said investigators are still trying to determine how the man was injured, noting it’s not entirely clear if the man was the victim of a crime or if he had suffered a fall.

“We don’t know what those injuries are,” said Guigon. “It was to the neck area and there was lots of blood. We’re pretty certain it’s not a gunshot wound.”

Calgary EMS confirmed they transported a man to hospital in life threatening condition.

#CTRiders #RedLine Due to an earlier CPS matter, CTrains are only going through the SAIT station and are not stopping there. If you are at Sunnyside or Lions Park and your destination is SAIT then please catch the shuttle bus which will take you over to SAIT station. pic.twitter.com/U2t3E7GUAZ

Guigon said the man was conscious and breathing when he was transported to hospital, but was unable to tell police what had happened.

He said it was clear from details at the scene that the man had been injured at an undetermined location, and had made his way to the the LRT station where he was found.

“We are very hopeful that once he recovers he’ll be able to tell us what happened and if we should be looking for someone.”

Investigators are still searching for witnesses and are going through CCTV footage.

CTrains are not stopping at the Jubilee station. Calgary Transit said shuttle busses are operating from Sunnyside or Lions Park stations for those needing to get to the SAIT/Jubilee station.