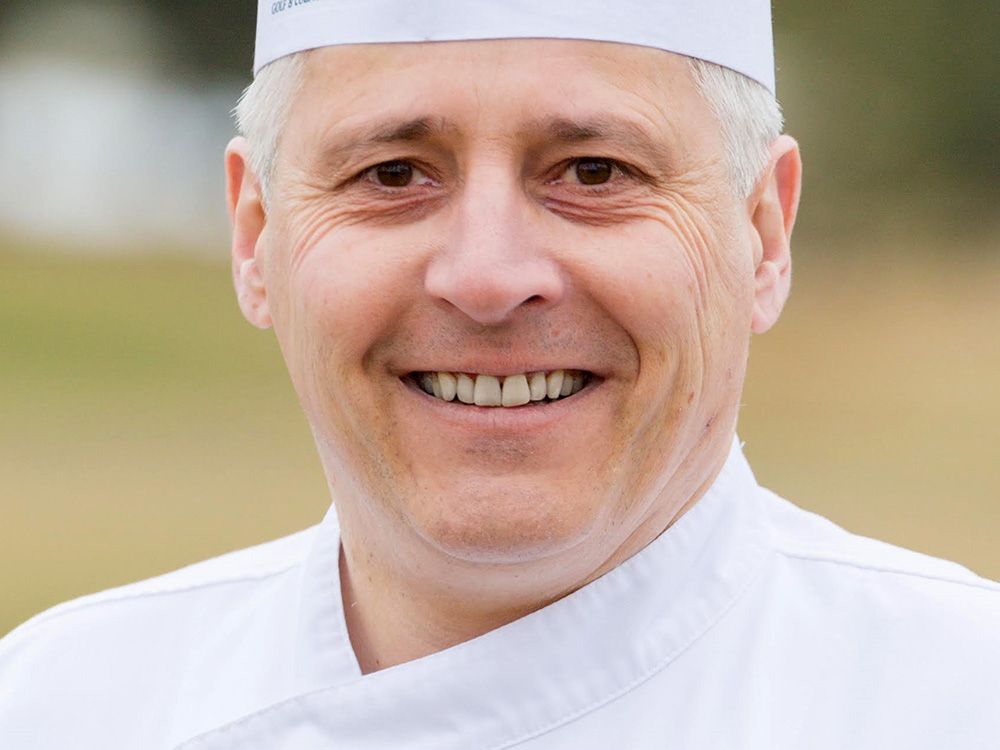 A jury has convicted one man of murder and another of manslaughter in the stabbing death of a Calgary chef.

Jurors came to the verdict Sunday afternoon after beginning deliberations the previous morning, following a six-week trial on the March 14, 2020, fatal attack on Christophe Herblin.

Herblin, a well-known local chef, was preparing to open Croque Saveurs, a new French bistro in southwest Calgary, when he was killed.

He had gone to the under-construction bistro, in a Bow Trail strip mall near 37th Street S.W., at about 3 a.m. on the night of the killing to respond to an alarm notifying him of a break-in. Dodgson and Holloway had entered the building attempting to gain access to an adjacent cannabis store by breaking down the shared drywall, and fled when Herblin arrived.

Herblin was still at his business hours later after police had left the scene and the burglars returned. Holloway vandalized the victim’s car, smashing its windows, and after Herblin went outside to investigate, Dodgson stabbed him nine times.

A third person, who can only be identified as A.B. under a court publication ban, had been with the duo at the time of the killing. She was a key Crown witness in the trial, though defence lawyers called into question her credibility.

Dodgson’s defence lawyer acknowledged his client had fatally stabbed Herblin, but argued her client was too intoxicated from drugs and alcohol to form the intent for murder and that he should be convicted of manslaughter.

Holloway’s lawyer had sought an acquittal, arguing that although he had smashed Herblin’s car windows, he left before the attack and had no part in the victim’s killing.

The Crown had posited that Holloway had vandalized the chef’s parked Mazda 3 to lure him into the parking lot, where Dodgson stabbed him.

Justice Blair Nixon had given the jury final legal instructions Friday afternoon and evening on how to approach deliberations in determining whether one or both of the accused were guilty. He stressed the jury needed to be sure of guilt beyond a reasonable doubt to convict.

A sentencing hearing will be scheduled for a later date.

A manslaughter conviction can encompass a wide range of sentences, with no minimum on time served to a maximum of life in prison. Second-degree murder carries a life sentence with no parole for at least 10 years.

Discharging the jurors, Justice Blair Nixon commended them for their work.

“I want to stress that by your participation in this case, you have performed an essential service: the administration of justice,” Nixon said.

“On behalf of myself, and indeed all Canadians, I would like to extend my sincere gratitude for your dedication to this matter.”

— With files from Kevin Martin