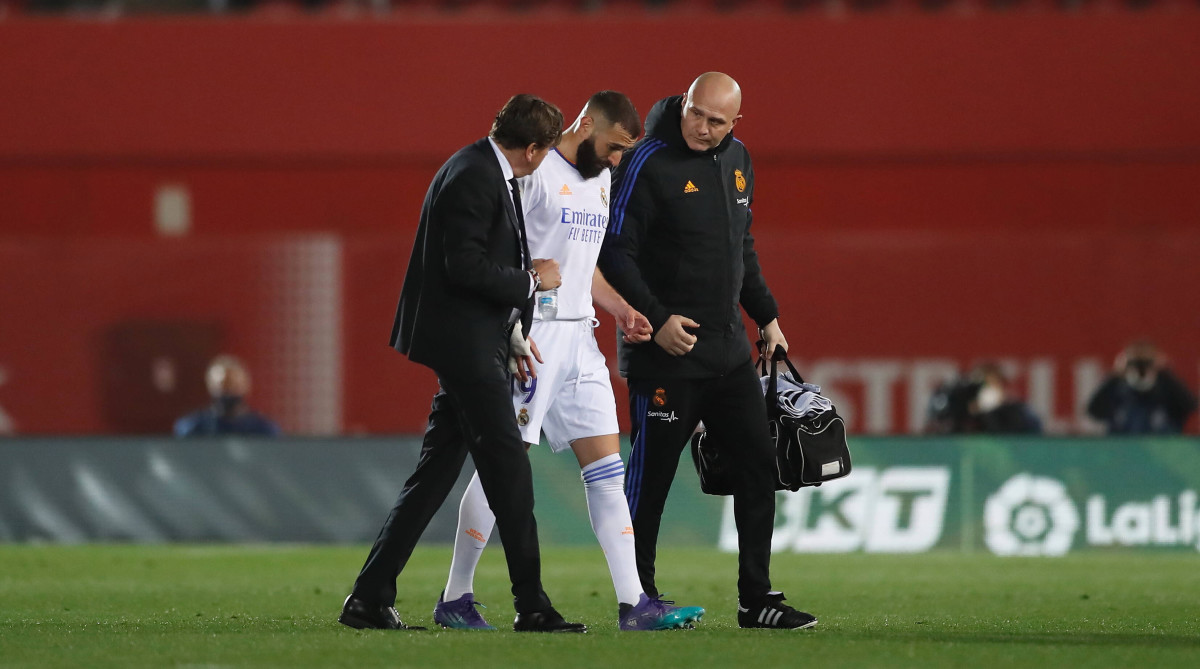 On Saturday, Real manager Carlo Ancelotti ruled Karim Benzema out of El Clásico against Barcelona after the star forward sustained a lower leg injury in the final minutes of a 3–0 win over Mallorca on Monday.

“Benzema is a very important member of our squad, so now we’ll need to look for solutions since we won’t have him,” Ancelotti said, per Spanish outlet Marca. “… We have the options of [Gareth] Bale, Mariano and [Luka] Jović, while Isco or Rodrygo have played there on occasion too.”

The 34-year-old has put together an incredible streak of eight goals and four assists in his last five games, including two goals against Mallorca before the injury. Overall, Benzema has recorded 22 goals and 11 assists in just 25 La Liga games this season.

But the French international’s pièce de résistance came in the Champions League round of 16 second leg against PSG on March 9. With Real trailing 2–0 on aggregate with 30 minutes left in the tie, Benzema notched a 17-minute hat trick to eliminate PSG from the Champions League.

But with the international break coming up, Benzema still has time to recover before Real’s Champions League quarterfinal first leg against defending European champion Chelsea on April 6.

“I think this injury comes at a good moment, since we now have the two weeks of the international break for him to recover,” Ancelotti said. “He’ll be back stronger for the rest of the campaign.”

Real currently holds a 10-point lead atop La Liga with Barcelona, who has a game in hand, sitting 15 points behind its rival. Back in October Real outlasted Barça, 2–1, in the first Clásico without Lionel Messi since 2007, which led Barcelona fans to accost then-manager Ronald Koeman as he drove away.