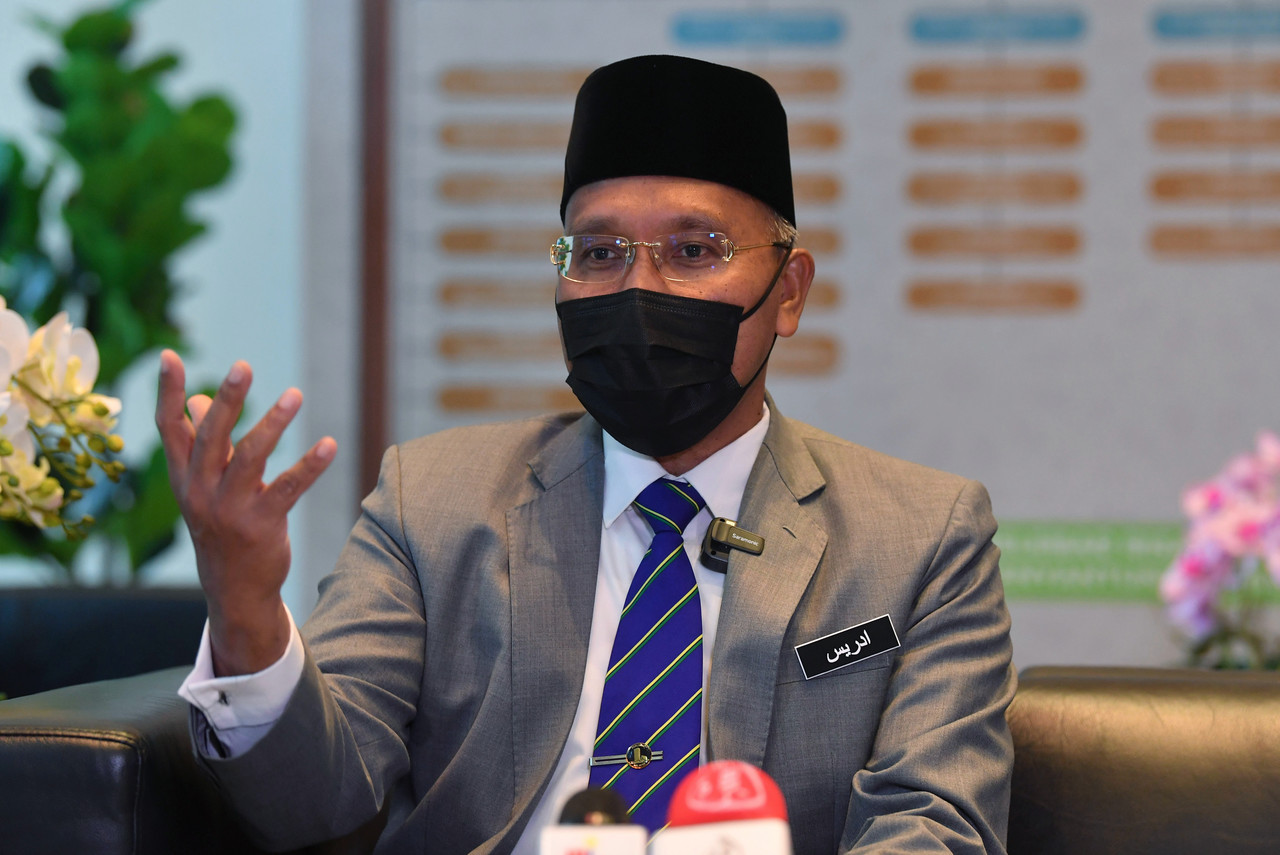 Idris speaks during a press conference at his ministry in Putrajaya on Sept 1, 2021. – Bernama photo

ABU DHABI (May 8): The Keluarga Malaysia (Malaysian Family) concept is a symbol of the government’s commitment as unity of the people is the most important element in shaping a more glorious future for the country.

Minister in the Prime Minister’s Department (Religious Affairs) Senator Datuk Idris Ahmad said Malaysia, which is made up of various races, religions and ethnicities, had managed to maintain the country’s stability through racial unity.

Speaking in Arabic at the World Muslim Communities Council International Conference, here, he said Malaysia, with its pluralistic society, had implemented and translated the fiqh of al-Ta’ayush which laid down three main principles in building good fraternal relations with all components of society.

“Brotherhood among Muslims is the greatest social idea,” he said, adding that this was stated in the Quran (Surah al-Hujurat verse 10).

Idris said ukhuwah basyariyah is based on a brotherhood that grew and developed on universal human values ​​regardless of racial, religious, tradition, belief and cultural background.

Malaysia, he said, is known as a harmonious country because it guaranteed diversity as enshrined in the country’s constitution.

Idris said he believed that unity and solidarity among Muslims around the world was very important in determining harmony and ensuring stability of a country.

He said it would be a great loss if the ummah did not give emphasis to the unity agenda because it would definitely lead to division and further weaken the Muslims themselves.

Themed ‘Islamic Unity: The Concept, Opportunities and Challenges’, the two-day international conference, which begins today, brings together Islamic figures from around the world. It was officiated by the UAE Minister of Tolerance and Coexistence, Sheikh Nahyan bin Mubarak Al Nahyan. – Bernama