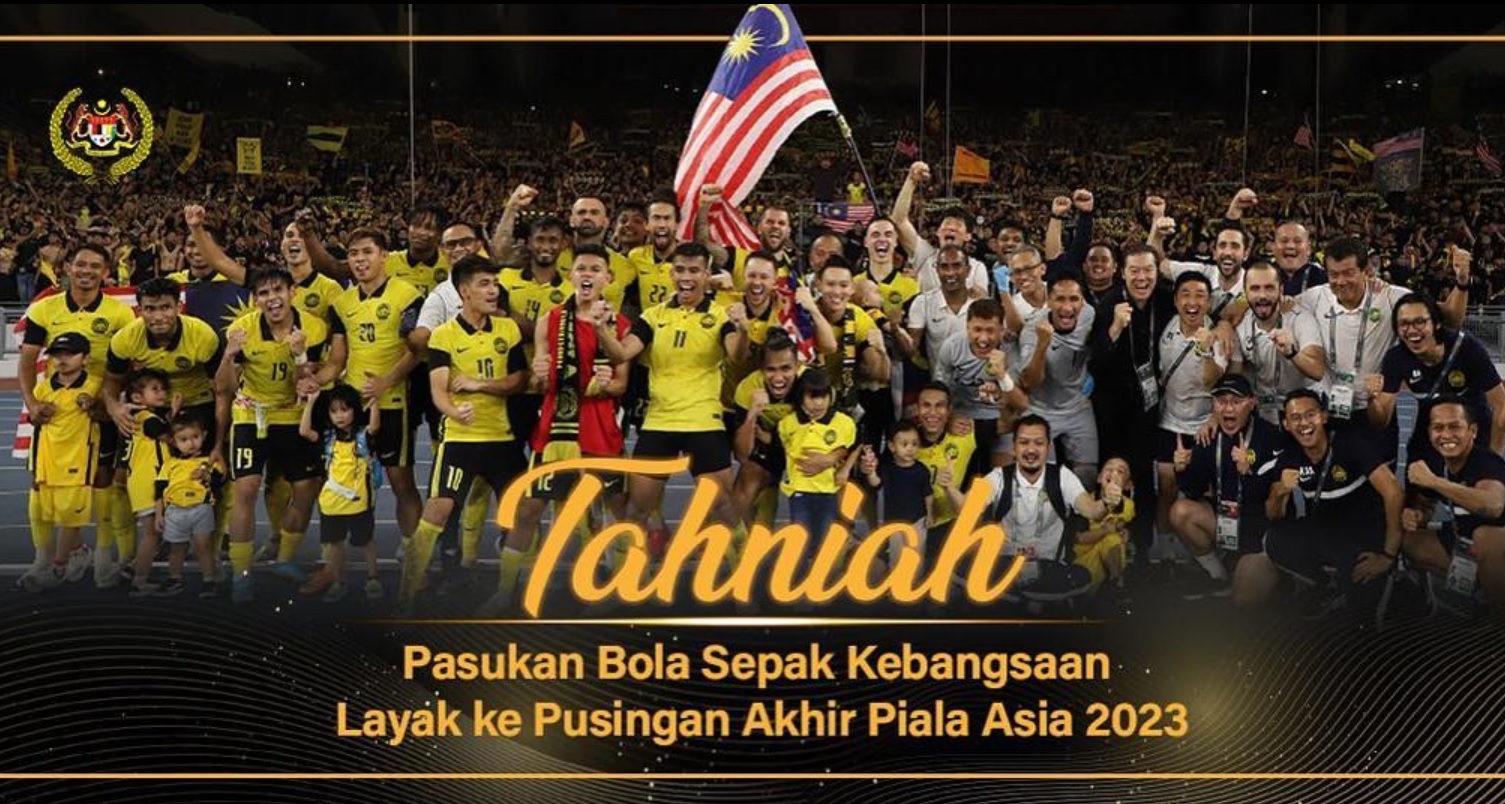 This congratulatory message was posted on the Istana Negara Facebook page.

In a statement on Istana Negara’s Facebook page, His Majesty expressed his gratitude and happiness over the success and fighting spirit that was displayed by the national team in the qualifying round which ended yesterday.

Al Sultan Abdullah also thanked the supporters for the strong support given to the Harimau Malaya in their struggle to end a 42-year wait to qualify for the Asian Cup finals.

“I hope that this achievement will be an inspiration for the national squad to work harder to achieve the best results in the 2023 Asian Cup.

“I pray that the squad achieve success and chart a new history at the tournament. Congratulations and keep up the fight in the 2023 Asian Cup!” His Majesty said.

Malaysia ended the more than four-decade wait when they qualified on merit for the 2023 Asian Cup finals after they thrashed Bangladesh 4-1 in the last match of Group E of the 2023 Asian Cup Qualifiers at the Bukit Jalil National Stadium here last night.

Malaysia ended the qualifying stage with six points to finish behind group champions Bahrain thus booking their ticket to the prestigious competition as one of the best five runners-up.

The last time Malaysia made an appearance in the Asian Cup finals was in the 2007 edition when they co-hosted the tournament, but it has been more than 40 years of failing to advance (to the finals) on merit since the 1980 edition in Kuwait. — Bernama