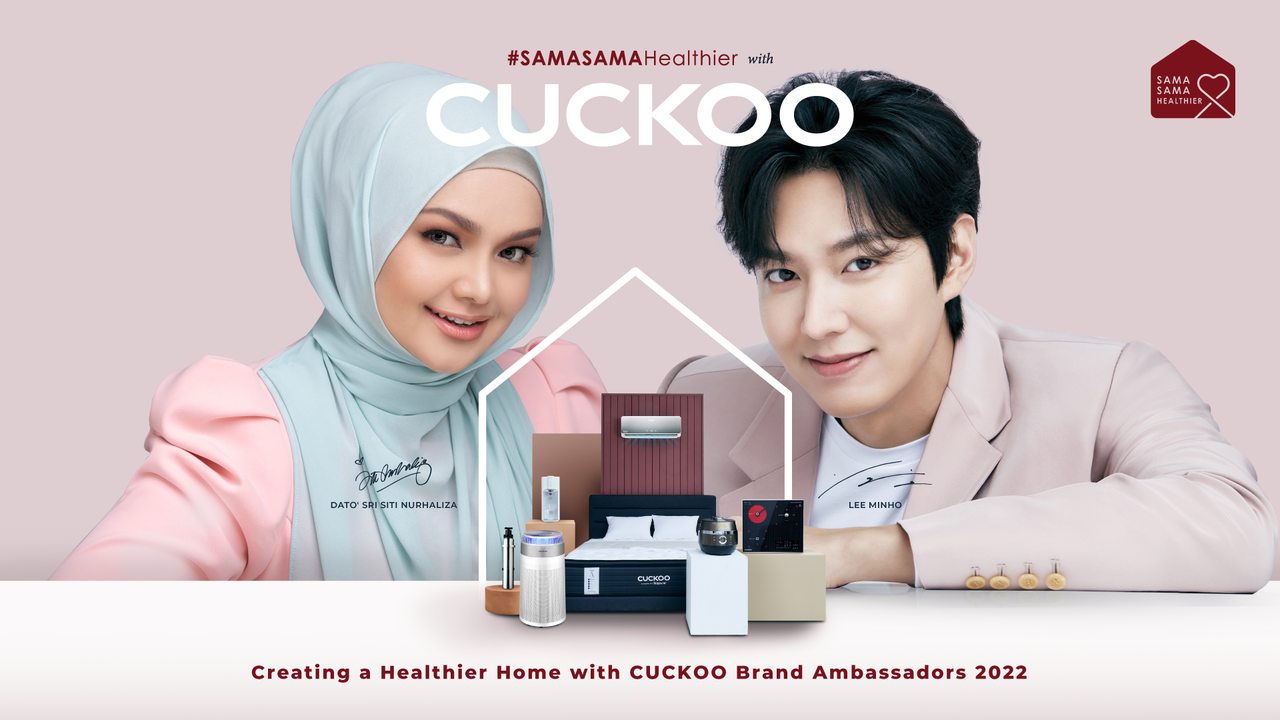 In fact, Lee Minho considers the CUCKOO TITAN to be his go-to mild alkaline water purifier thanks to its lightweight and tank-free design.

Even in the most cramped of spaces, this 11-kilogramme water purifier looks like a piece of art.

Despite its small size, it is comparable to other heavy-duty water purifiers, making it ideal for both the home and the office.

This innovative water purifier offers a variety of temperature settings, including cold, warm and hot water in an instant.

For the hot water option, users can choose to enjoy drinking beverages with a temperature between 40°C to 100°C immediately.

Instead of worrying about running out of hot water, customers can rely on the CUCKOO TITAN to always provide hot water that reaches boiling point instantly.

Users will be able to enjoy sterilised water straight out of their kitchen faucet at the touch of a button with the CUCKOO TITAN.

This feature allows users to remove pesticides from fruits and vegetables, as well as 99.9 per cent** of microorganisms, by simply washing them with sterilised water.

IN & OUT AUTO STERILISATION

In addition, this device is also equipped with CUCKOO’s “In & Out” Auto-electrolysis Sterilisation Technology to facilitate the task of cleaning the pipes and faucets on a regular basis.

The adjustable faucet on this water purifier makes it easier for users to fill or use water from any angle, adding to the convenience of the tankless device.

There are also some other smart functions on the CUCKOO TITAN, such as a voice navigation system (which includes both English and Malay), energy-saving mode, lighting mode and hidden touch safety features to halt water output, as well as a child lock button that prevents accidental water spillage.

With the debut of CUCKOO TITAN, the CUCKOO+Service Team will provide free scheduled servicing every four months as part of a special launch deal at a price of RM110* per month.

Visit the website or CUCKOO's official Facebook page to stay up to date on the latest news.

This article originally appeared on Harian Metro, with rights to be republished on New Straits Times.