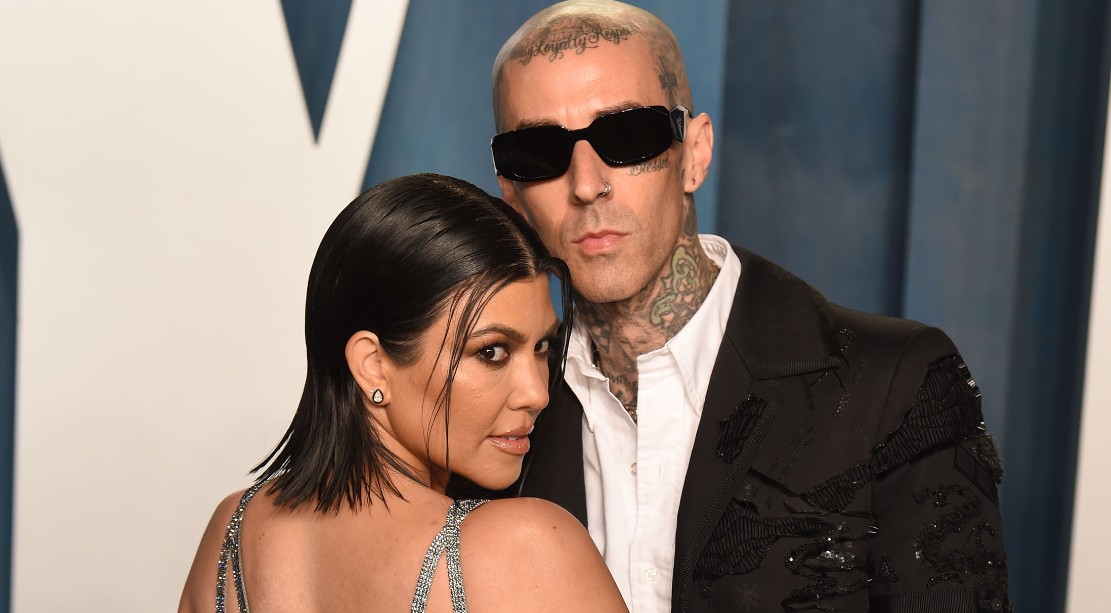 Kourtney Kardashian and Travis Barker kept the party going after their appearance at Sunday night’s Grammy Awards. The pair exchanged vows in a small chapel in Las Vegas just hours after Barker performed at the show.

One Love Wedding Chapel owner Marty Frierson confirmed the news of the ceremony to Us Weekly, saying “They came on Sunday at 1:45 a.m. We had Elvis Presley. That was the deal sealer. It was an official ceremony.”

According to Frierson, the couple showed up in the same black outfits they wore to the Grammy. He told People that four people attended the ceremony.

There is still some confusion about how legit the wedding was. TMZ, which broke the news of the ceremony, is quoting a source who says the pair are not legally wed yet because they did not obtain a marriage license.

The reality TV star, 42, and the Blink-182 drummer, 46, got engaged on a beach in October. Kardashian has three children from her previous relationship with Scott Disick, while Barker has two teenagers and a stepdaughter.