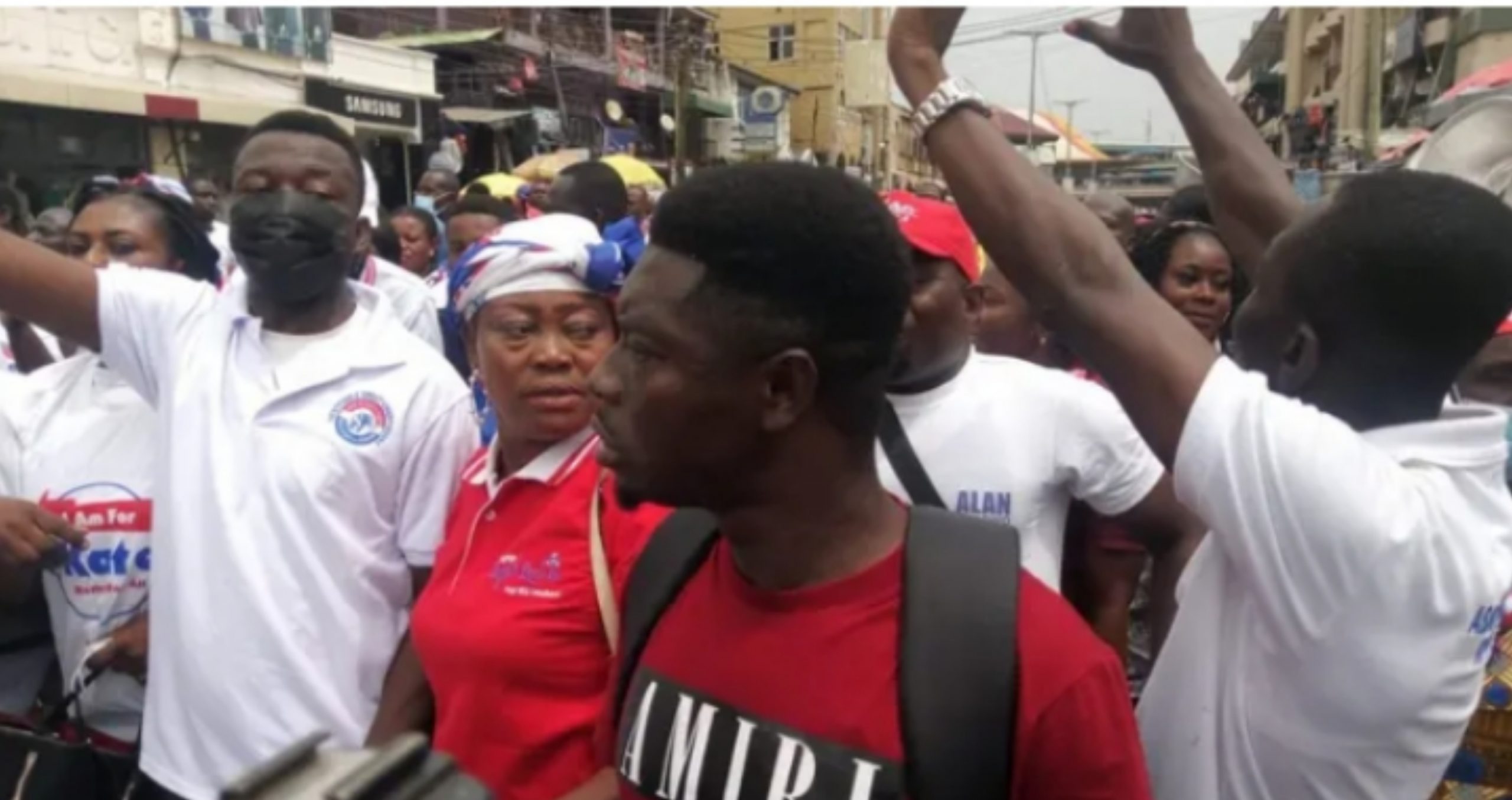 Traders at Kumasi PZ, a famous commercial downtown within the CBD of the metropolis have hooted supporters of NPP’s Alan Kyeremateng.

In the early hours of Tuesday as the latter group called “Asanteman Nkosuo- NPP Mpuntuo” walked pass them (dominantly comprising dealers in wrist watch and phones) as part of a protest staged against the candidature of Vice President Bawumia, the former scorned them strongly when they realized that they (protestors) were adorned in NPP t-shirts and were fans of Alan Kyeremateng and for that matter the elephant party.

The traders who appeared highly peeved, premised on the economic hardship presently faced by the country under the NPP-led administration immediately after sighting the crowd of supporters started hooting “hooo..shame on you. Looters of State coffers…corrupt leadership. You’ve made the country too hard for us” .

Interestingly, the Alan supporters walked past the aggrieved traders without rebuttal and headed towards the stretch of road in front of the Adum Central Market where they held their press conference under the direction of their Chairman Dr. Issah Ababio Mohammed.