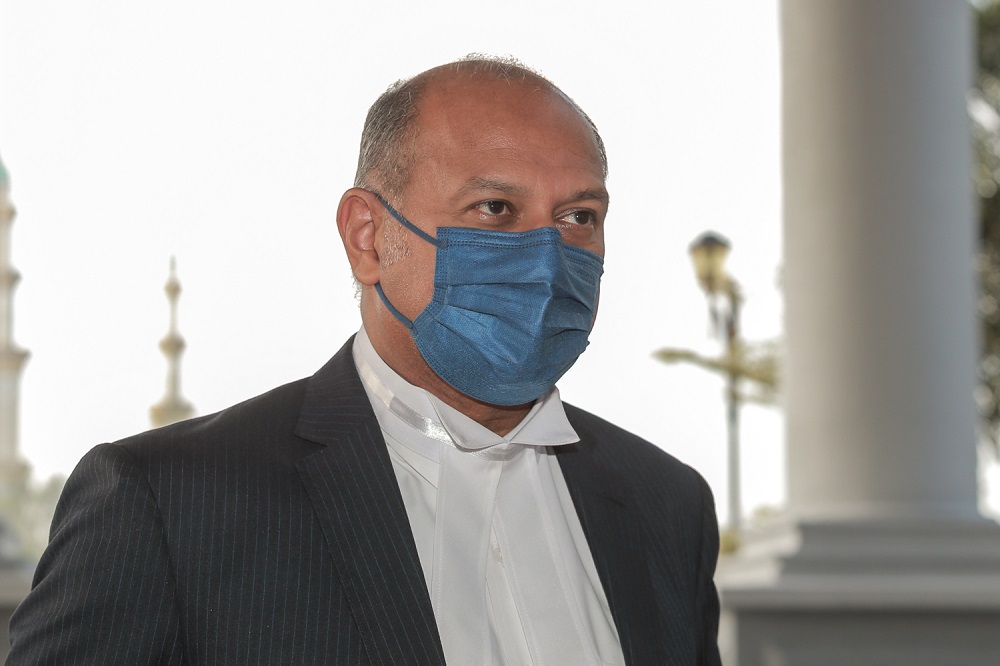 Gobind Singh Deo who is also DAP’s national deputy chairman, joined civil group G25 in seeking clarification from the MACC on whether it had thoroughly investigated the credibility of the claims made by fugitive blogger Raja Petra Kamarudin before acting against judge Datuk Mohd Nazlan Mohd Ghazali. – Malay Mail photo

KUALA LUMPUR (April 29): The Malaysian Anti-Corruption Commission (MACC) must first verify the facts in a report before it can open an investigation under the MACC Act, DAP lawmaker Gobind Singh Deo said today as the anti-graft body investigates a judge.

Gobind cited Citing Section 29(3) of the Act saying where an officer of the commission has reason to suspect the commission of an offence under this Act following a report made under subsection (1), he shall cause an investigation to be carried out and for such purpose may exercise all the powers of investigation provided for under this Act and the Criminal Procedure Code.

“That provision is there to ensure that complaints have basis before probes are launched against persons named in reports.

“Tan Sri Azam Baki must state whether the commission verified the matters stated in the report against the Judge to begin with.

“If this has not been done, the Judge cannot yet be probed as there is nothing yet to probe as the basis of the complaint has not been established,” said Gobind in a statement.

Gobind who is also DAP’s national deputy chairman, joined civil group G25 in seeking clarification from the MACC on whether it had thoroughly investigated the credibility of the claims made by fugitive blogger Raja Petra Kamarudin before acting against judge Datuk Mohd Nazlan Mohd Ghazali.

“This is a matter of great public concern and importance as Section 29(3) is clear. It fixes an obligation on the MACC which is an important prerequisite to an investigation against a person. It applies to all reports made under 29(1).

“Was the complaint verified in this case before launching the investigation?” he said.

Nazlan was the High Court judge who had heard former prime minister Datuk Seri Najib Razak’s trial over the misappropriation of RM42 million of government-owned SRC International Sdn Bhd’s funds, and is now a Court of Appeal judge.

The MACC recently said it had opened investigation papers as a report was officially lodged.

Nazlan had recently lodged a police report which stated that Raja Petra’s April 20 blog post contained “false, baseless and malicious” allegations intended to interfere with the justice system and judiciary.

The recent online attacks against Nazlan as the SRC trial judge had started appearing more than one and a half years after his July 2020 verdict that found Najib guilty, or in other words just about three months after the Court of Appeal upheld the High Court’s decision on December 8 last year.

Chief Justice Tun Tengku Maimun Tuan Mat said the judiciary was not beyond criticism but the public, including politicians, must not launch baseless attacks against judges and undermine confidence in the courts as part of their agenda.

MACC had yesterday insisted that judges in the country too fall under the jurisdiction of civil servants and the regulating body has the power to investigate them for any alleged abuse of power. – Malay Mail