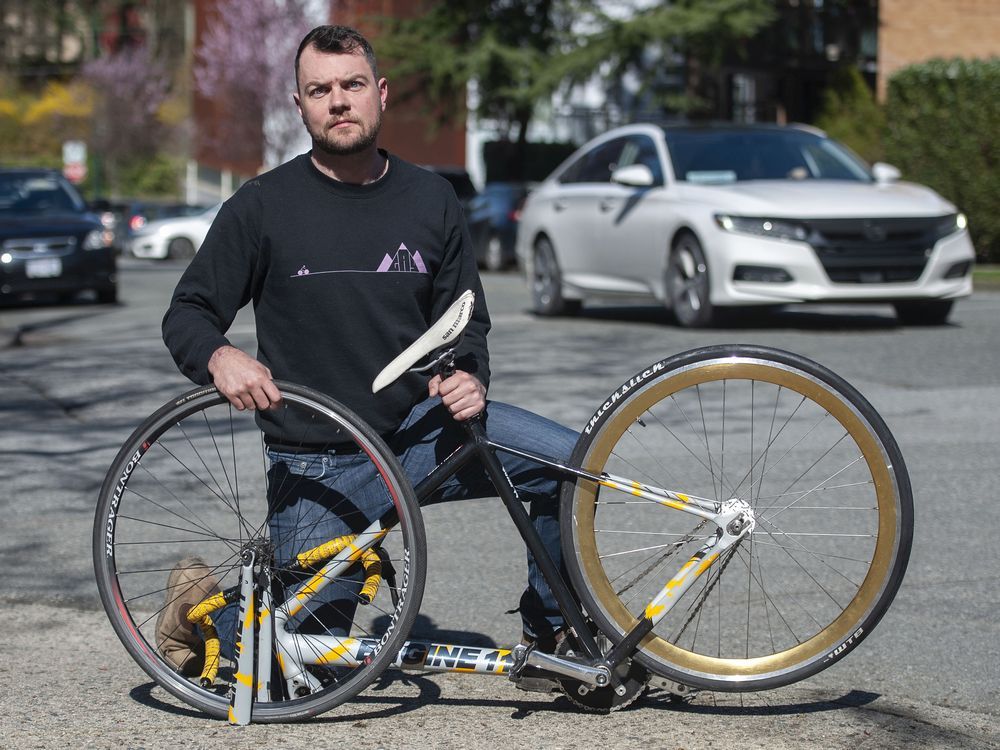 I am appalled by the fact that bicycle rider Ben Bolliger was issued a bill from ICBC for damages to the car that hit him. This ICBC decision could lead us to the situation where pedestrians, skateboarders and people using scooters have to buy insurance just for using the sidewalks or crossing a street.

I understand that the car was dented and the bike was broken. ICBC wants to recover the costs of the car repair. What about the physical injuries to the cyclist and his bike? I seriously think this decision needs to be rescinded.

I remember as a kid we had to have a bicycle licence decal on our bike. I don’t know when that process stopped, but why shouldn’t cyclists need to have a licensed decal? A fee charged for that could be the basis of cyclist insurance. Just a thought, as car drivers should not be responsible for cyclists’ insurance.

I am sure there are plenty of times when cyclists are responsible for the accidents.

Allowing drinking in plazas and parks is rubbish

Re: Vancouver to consider legal drinking in public plazas again in 2022

“Allowing alcohol consumption in select public plazas … can contribute to a social and engaged public life.” — quote from city staff. What rubbish!

Public parks are for family. We have plenty of lawful drinking establishments for adults to socialize and engage. It would suggest one’s social skills are lacking if you need alcohol to engage interaction. Our parks were always intended for the public’s use, without alcohol. Once you cross that boundary, it’s difficult to put it back.

We are not naive to think that there aren’t those who currently consume alcohol in public places. However, because it’s not supported, those violators are few and far between, and most are discreet so as to not be caught.

Where is the law that is currently on the books for being drunk in a public place? Do municipalities have impunity to law? Who will enforce this ludicrous idea?