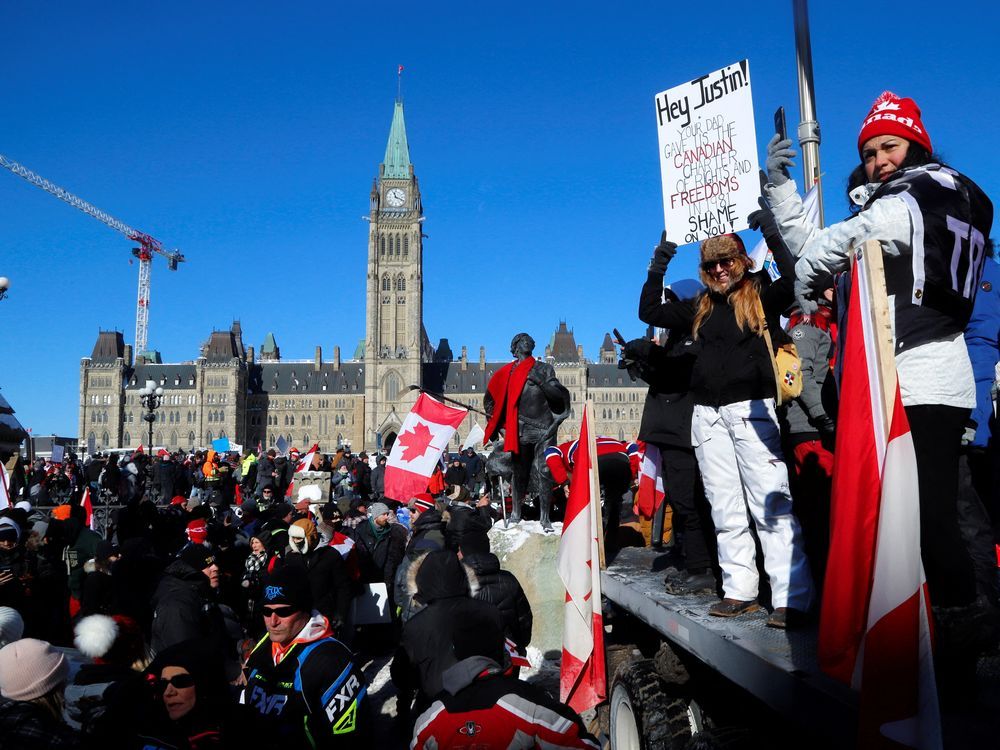 It would be appropriate and responsible on the part of the media to point out that while there may be thousands of demonstrators in Ottawa protesting against COVID-related mandates, there are probably millions of Canadian citizens who disagree with both the protesters’ beliefs and priorities and the tactics they have adopted to try and convince the federal government to alter or rescind some of its population-protective policies.

Maybe it’s time for the silent majority to speak out, present its case, and counteract the shrill voices of a hyperbolic minority. The silent majority is not as newsworthy as screaming, sometimes violent mobs are, but it certainly deserves to be represented by the media to at least the same extent the demonstrators are.

The tyranny of the minority

I along with the overwhelming majority of Canadians have grown weary of the pandemic. However, I have also grown tired of the ongoing tyranny of the minority. Of course, the right to protest is fundamental, but one must also respect the rights of the majority — most of whom are vaccinated.

Since the onset of COVID, which for us here in B.C. was two years ago, I have watched the reactions of those who labelled it a hoax or a government effort to gain some sort of dictatorship. Others claimed that the masks threatened health, as did the vaccines. Among other misinformation there were the assertions about the right to choose while those advocates offered nothing to those afflicted.

All that being said, as the case numbers grew along with thousands or millions of deaths, I observe that the world’s death total exceeds the population of B.C. The majority has accepted the vaccines and complied with restrictions. I understand some 90 per cent of truckers are vaccinated.

But this minority wrapped in the flag and demanding an end to the mandates fails to recognize the rights of the majority, which include the right to live. The initial protest related to a restriction on cross-border transport, which I believe reflects the rules in the U.S., has now been broadened to all mandates. Some of their supporters champion freedom. I might agree if their freedom would not come at such a cost. I can respect the right of those not wanting to be vaccinated, but they must accept the consequences.

They may not go untested wherever they choose. I understand that the convoy will remain in Ottawa until government accedes to their demands. Looks like they will be away from home for quite a spell as lawmakers, heath officials, health-care workers and the rest of us continue tackling Omicron.