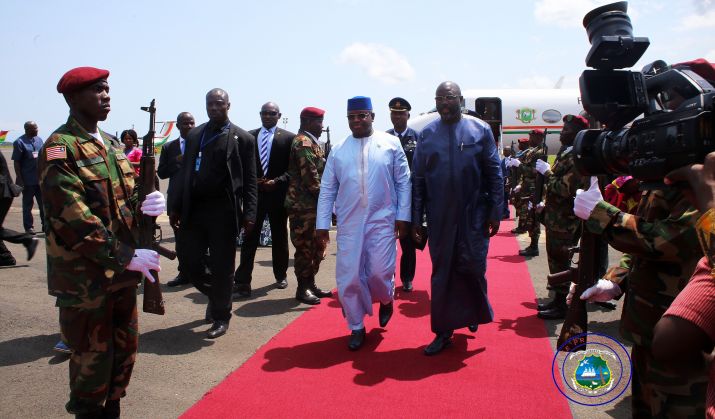 The governments of Liberia and Sierra Leone have concluded two-day cross-border training aimed at ending Child Trafficking and Trafficking in Person (TIP) at the Jendema-Bo Waterside border between both countries.

With support from the Netherlands and the Fund for Global Human Rights, the two-day interactive training was initiated and facilitated by Defense for Children Intentional (DCI), Liberia and Sierra Leone.

Furthermore, the DCI intensive training that was conducted over the weekend, both in Liberia and Sierra Leone brought together frontline security officials from both countries including community leaders and civil society actors among others.
Child trafficking can be referred to the recruitment, transportation, transfer, harboring or receipt of a person below the age of 18 years for the purpose of exploitation.

Speaking at the close of the training on Thursday, in Jendema, Sierra Leone, DCI Executive Director, Atty. Foday Kawa bragged about DCI’s work being done in both countries branding combating Child Trafficking as his institution’s major challenge due to the 2014 Ebola outbreak and 2020 COVID-19.

He explained that despite numerous challenges being confronted with, his institution has at the same time made some progress in the fight against Child Trafficking in both countries with the help of the Joint Security.

According to him, the objective of training being undertaked by his institution is to enhance cooperation between frontline security officials, community leaders and the CSOs actors on both sides of the border to end Child Trafficking.

The DCI boss indicated that the training also aims to provide knowledge and guidance to border frontline officials to be able to detect and rescue victims from their traffickers and use referral pathway to support victims.

“This training is to also put in place measures for accountability, including data collection and documentation of cases of trafficking, at border areas, as well as to provide clarity on the roles and responsibilities of each sector/actor and their interrelatedness,” he added.

Earlier, the local Commander Head of Police of the Mano River division in Jendema in Sierra Leone, Alphonso Fahnbulleh lauded DCI operations in the two Mano River countries for the symposium which he said is meant to educate citizens of both countries.

The Sierra Leonean Police Chief in Jendema outlined money laundering, Child trafficking among others as cross border offenses that must be tackled and as such, the event organized by DCI Liberia and Sierra Leone is in the right direction to address the menace.

He then urged the citizens of the countries to work cooperatively in fighting child trafficking if they are to succeed in the fight against the menace.

The Liberia Immigration Service (LIS) Grand Cape Mount County Commander, Morgan Mulbah stated that though the service of Liberia is making significant efforts in arresting TIP cases; the issue of logistics and mobility is the major challenge impeding the rapid response of the service.

Meanwhile, citizens of both Liberia and Sierra Leone are also calling for a strengthened cross border security on Trafficking in person and Child Trafficking for both countries.

The citizens among other things recommended the issue of continuous awareness which they stated will help educate the people of both nations as the surest means of curtailing the menace.