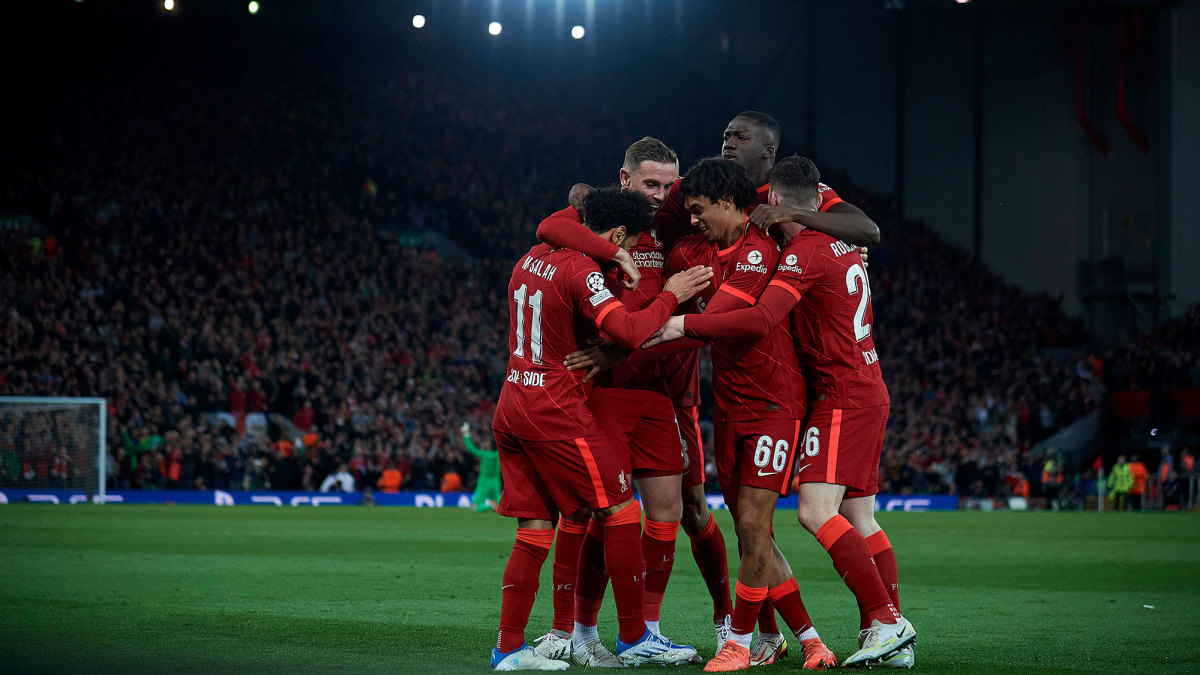 After all the goals and drama of Manchester City’s 4-3 win over Real Madrid in the first leg of the first Champions League semifinal on Tuesday, Liverpool’s 2-0 victory over Villarreal a day later perhaps felt a little anti-climactic. But a little calm is no bad thing and if this is, as it should be, a precursor to a Champions League final, few of a red persuasion will be too concerned. This was a thoroughly comprehensive win from a side that, after a slight dip following the international break, is back at the top of its game.

The idea of a first XI is perhaps a little old-fashioned, but a pattern is emerging in Jürgen Klopp’s selections. He has described this as the best squad he has ever worked with, and there is an emerging sense that for the first time in well over a decade Liverpool’s squad might outstrip that of Man City. But in big games in Europe, Klopp tends to opt for Ibrahima Konaté as the partner for Virgil van Dijk at the heart of the defense, while Luis Díaz operates on the left of the front three, with Sadio Mané through the middle.

It’s a side that seems to offer all different types of goals: in the familiar Klopp way in transition; from the aerial threat of Konaté; van Dijk and Fabinho from set plays; from the tight skills of Mohamed Salah; and the precise passing of Thiago Alcântara. Liverpool needed all of that variety to break down a typically stubborn Villarreal.

The first half was largely one of frustration for Liverpool. It dominated almost entirely, its press meaning Villarreal couldn’t get out and run and in the end was quite happy to slow the game down. Cross after cross was drilled into the box. Gerónimo Rulli, the Villarreal keeper, looked distinctly skittish, but each of his unconvincing parries fell to safety. Shots went over, deflections spun wide and Thiago clipped the bar with his long-range blast. Liverpool had 12 shots to Villarreal’s one, but Emery’s side held out.

But the red tide couldn’t be resisted forever. The relentless attacks continued after the break. Fabinho had a goal ruled out because van Dijk had been offside in heading the ball down to him before finally the breakthrough came after 53 minutes. It was the result, perhaps, of some good fortune, but Liverpool could legitimately argue it had earned it. A swift and fluent move created a crossing opportunity for Jordan Henderson and his delivery flicked off Pervis Estupiñán and looped in at the back post. Within two minutes, Liverpool had a second, Salah slipping a neat pass through for Mané to finish calmly.

Given the rich history of the club, this will not go down as one of the great Anfield nights, not even one of the great nights of recent memory—certainly nowhere close to the comeback win over Barcelona in 2019—but just because it felt routine should not deflect from how impressive this was. Villarreal had held off Juventus and Bayern Munich in prior rounds, but Liverpool’s pummeling was relentless. Whereas Bayern delivered cross after cross into the box, Liverpool had far greater invention. Pau Torres and Raúl Albiol, the two center backs, were again outstanding in the air, but Liverpool probed on the ground as well.

This was a win based on remorseless attacking. Not for the first time in recent years, the physical difference between the Premier League and La Liga was clear. Like Manchester City on Tuesday, Liverpool may feel it may have made more of that, that it might have had the tie entirely wrapped up. Outshooting Villarreal 19–1 (with 73% possession, no less), is a hammering.

But unlike Man City, Liverpool can be extremely confident of progression. It’s not just that the lead is two goals, it’s that it’s extremely difficult to see how Villarreal could get three against this Liverpool without conceding. Emery’s entire approach is to thwart the opponent and strike on the break; as soon as it comes out to chase the game in Spain, Liverpool should be able to prosper with the transitions at which it excels.

Liverpool probably needed a third to feel absolutely certain, but after an extremely one-sided game, even against a Villarreal side that hasn’t lost at home since November, it should go on to reach a third Champions League final in five years. The even better news is that if City’s semifinal is tougher, that may have a knock-on effect on the Premier League title race. The quadruple remains a very live possibility.