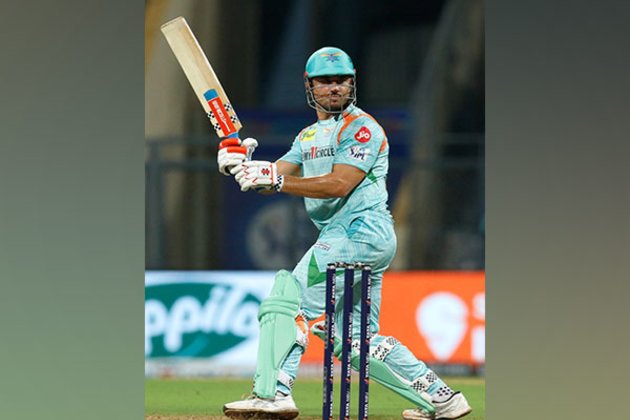 “Throughout the 20 overs, we kept believing that we could win this game. Like I earlier said that we have depth in our batting and today Stoinis batted at number 7. You know that you have someone over there, with so much power and destructive batting, and that’s the reason he is one of our retained players. He can win us games from any position but unfortunately, we couldn’t get that start and credits to Rajasthan as they kept the pressure on,” said KL Rahul in a post-match presentation.

The skipper further said the team accordingly choose between K Gowtham, Ravi Bishnoi, and Krunal Pandya, as per the requirement.

“Today there was some grip for the spinners and one of the reasons why we played K Gowtham in the last couple of games is because we have played against oppositions that have left-handers batting throughout till their top six and seven, so we went with him and he did well for us,” said the skipper.

“Whenever there is grip in the pitch then between Gowtham, Bishnoi, and Krunal, we have to choose according to our strategy, as and when required,” he added.

In the last over, Sanju Samson led Rajasthan needed to defend 15 runs and youngster Kuldeep Sen held his nerves against big-hitting Marcus Stoinis to take the team to the third win in four matches and go to the top of the points table.

Defending a 166-run target the inaugural champions needed some early wickets upfront and Trent Boult did exactly that by giving a double blow to Lucknow dismissing their skipper KL Rahul and Krishnappa Gowtham for golden ducks.

Rajasthan Royals were at one stage struggling at 67 for 4 but Shimron Hetmyer’s unbeaten 59 helped them register 165/6 in 20 overs. (ANI)