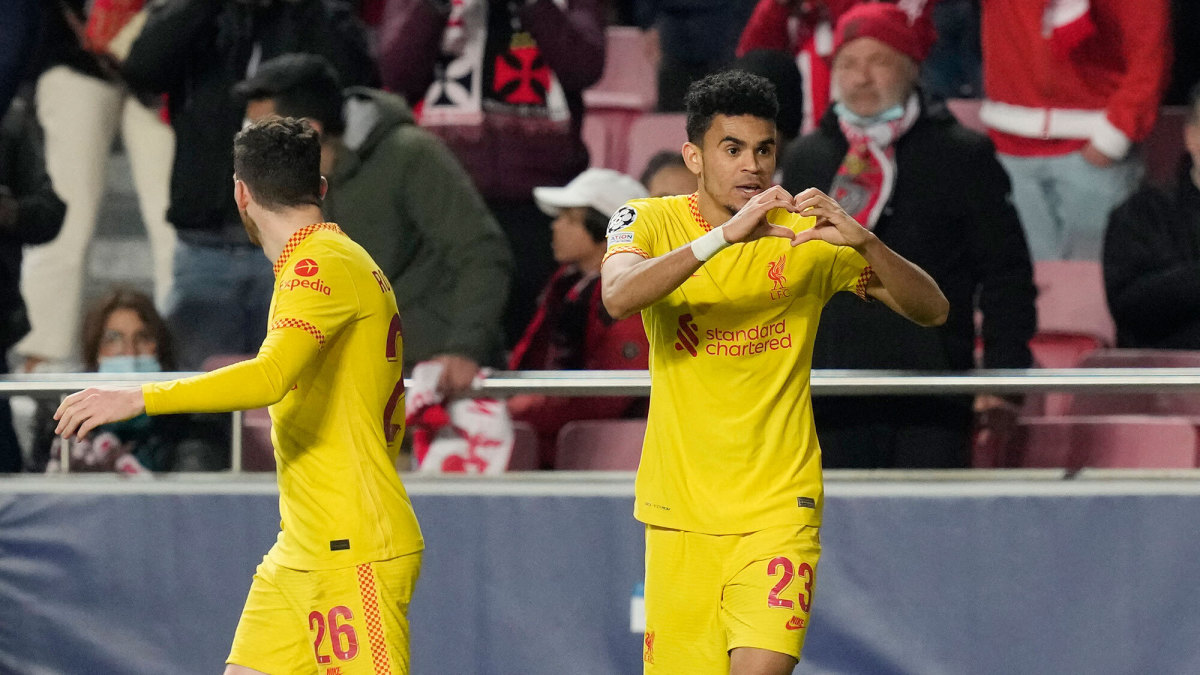 Multiple objects were thrown at Liverpool forward Luis Díaz throughout the club’s 3–1 win at Benfica in the first leg of the Champions League quarterfinals Tuesday.

The first incident came after his 87th-minute goal that put the match to bed. The winger ran to celebrate by the corner flag before a fan sitting in the front row visibly launched a projectile in his direction.

Díaz was later named man of the match for his goal and assist, but even during the postgame ceremony he appeared to be the crowd’s target.

Díaz arrived at Liverpool during the winter transfer window in a £34 million ($48.8 million) move from Porto, a heavyweight rival of Benfica in Portugal’s Primeira Liga. The winger has scored three goals since, including his smooth run around the Benfica keeper to close out Tuesday’s game.

His assist came on Sadio Mané’s 34th-minute goal, when the Colombian international made a valiant effort to head a cross in front of goal to his on-rushing teammate.

Tuesday’s Champions League quarterfinal first leg kicks off a busy three weeks for Liverpool. There’s Sunday’s trip to the Etihad for a potential Premier League title-decider against Manchester City, and Liverpool follows that with next week’s Champions League quarterfinal second leg against Benfica. Then, there’s another clash with Man City—this time in the FA Cup semifinals—next weekend followed by home matches in the league against longtime rivals Manchester United and Everton.