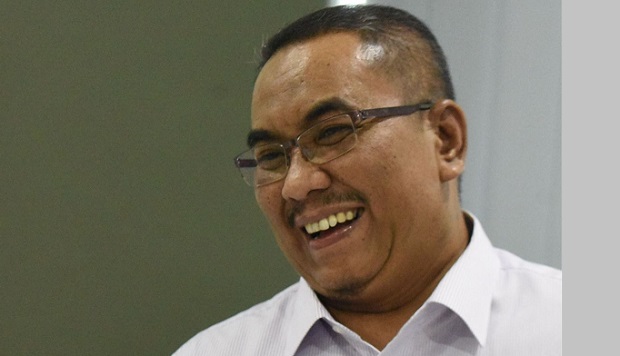 PETALING JAYA: After a call by Umno information chief Shahril Hamdan for outsiders to butt out of Umno affairs, another state Umno leader has asked Kedah Mentri Besar Datuk Seri Muhamad Sanusi Md Nor to apologise.

“Such remarks should not come from a state leader who is in power due to the support of Umno and Barisan Nasional.

“In a mark of respect for the friendship among parties in Muafakat Nasional, he should openly apologise to Umno members and Barisan,” Sinar Harian quoted Zaidy as saying on Monday (June 13).

He said as a state leader, Sanusi should be aware of the separation of powers of the judiciary, executive and legislative which should be respected by all.

“Don’t be a lighting rod for the disunity in Muafakat which was formed on the basis of creating political unity among Malays and Islam.

“We in Negri Sembilan Umno Youth can differentiate between mature views and opinions, but uncouth remarks and baseless accusations are totally unacceptable.

“As such, just apologise,” he added.

On Saturday (June 11), Sanusi was reported to have said Malaysia would be destroyed if the people chose one or two leaders who were power crazy and wanted to save themselves and take over the country’s administration.

Sanusi made the statement in response to Umno president Datuk Seri Dr Ahmad Zahid Hamidi saying that PAS was not interested in having GE15 earlier as it was afraid of losing the 18 seats which it has now.

On Sunday, Shahril said Sanusi’s allegations were inappropriate and serious as it touched on the integrity of judges and the country’s judiciary.

He also urged other parties not to meddle in Umno’s affairs as the date for GE15 will be discussed by Umno party’s top five.  ANN

GEORGE TOWN: Malaysia will be in ruins if the people choose “one or two power-crazy leaders,” who only want to save their skins, to run the country, PAS election director Sanusi Md Nor said today.

He said Umno president Ahmad Zahid Hamidi’s claim earlier today that PAS is not keen on holding snap polls because they feared losing its existing 18 seats was wrong as the nation had other more important matters to settle.

Sanusi said Zahid, who is now facing trial for corruption, is insisting on an early general election as he is afraid of going to jail.

“His only lifeline to avoid jail is to try and grab power to ensure the court cluster would be saved by the intervention of a new government,” the Kedah menteri besar told FMT.

Sanusi said Zahid had also called for an Umno extraordinary general meeting (EGM) to postpone the party elections to keep his party presidency intact as he then would have the final say on the Barisan Nasional candidates for GE15.

“The position is vital because the president signs the nomination letters for BN candidates. Those selected as candidates will be made to pursue the agenda to save him from jail if they form the new federal government,” he said.

Sanusi forecast that PAS, with Perikatan Nasional, would win more seats against Pakatan Harapan and those related to the court cluster in Barisan Nasional “as the voters are fed up with the two coalitions”.

Zahid had mocked PAS president Abdul Hadi Awang for claiming that only the power-hungry wanted polls to be held soon despite the people facing a multitude of economic problems at the moment.

Hadi said he has repeatedly stated that other matters are more important, such as the challenges posed by the Covid-19 pandemic.

The next general election must be held no later than mid-September 2023 as Parliament’s term expires on July 16 next year. FMT