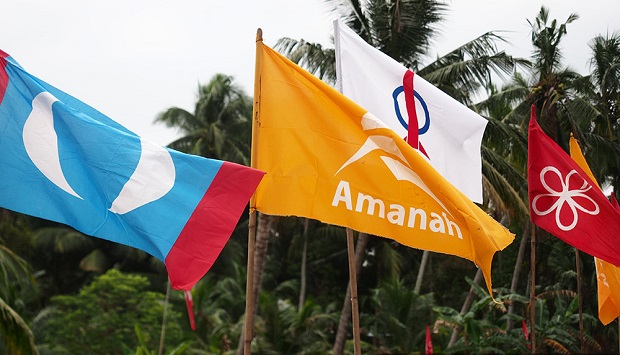 Take charge if you must work with traitors, PH told

PETALING JAYA: An analyst foresees Pakatan Harapan (PH) losing many of its seats in the next general election (GE15) unless it joins forces with other opposition parties although these were formed by people whose betrayal caused its loss of power in 2020.

Speaking to FMT, Azmi Hassan of Akademi Nusantara acknowledged that many PH members and supporters found it unthinkable to work with people they see as traitors, but he said the alternative was political suicide.

“The supporters and members must sacrifice a little of their principles and integrity if they want PH to stand any chance of winning a sizeable number of seats,” he said.

“However, PH, being the largest bloc in the opposition, must ensure that it is in the driver’s seat and draw up an agreement. It must ink a deal before GE15 in such a way that Sheraton Move 2.0 can be avoided.”

He was commenting on the debate among opposition parties on whether PH, Pejuang, Muda, Warisan and Parti Bangsa Malaysia should join forces to face Barisan Nasional (BN).

Azmi said PH supporters and members needed to face the reality that the coalition would lose a substantial number of the seats it was currently occupying if it refused to work with all the opposition parties.

“Yes, it’s not going to be easy to convince some members and supporters. But a decision has to be made because the reality is that PH may be annihilated otherwise.

“It is important for the leaders to neutralise the protest votes that can result from this.

“They will also have to analyse the amount of support they will lose and balance it with the votes they can get from the other opposition parties by cooperating,” he said.

Azmi also said it would be difficult for the nation to have political dignity if Malaysians left it to politicians and political parties to decide whether or not to allow elected representatives to switch parties at whim.

“It’s up to us voters to give a signal by booting out any political party or politician who does not hold to principles and dignity come GE15,” he said. “We cannot place our hopes on the parties and politicians because their agenda will be their priority.”

He said only a handful of politicians were trying to win elections in an honest and dignified manner, adding that he hoped to see the voters making a mature decision to kick out those who had betrayed their trust.