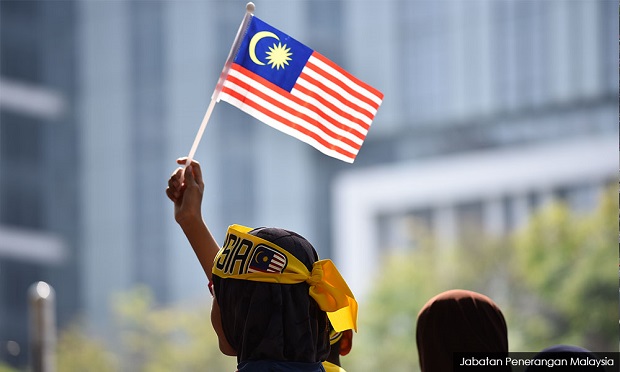 Another recent headline screamed: “Malaysia faces severe labour crisis, palm fruit industry among the worst hit.”[3] Before that, it was the constitutional crisis as warring factions tried to lay claim to Putrajaya.[4]

Thanks to poor leadership, even the very foundations of Malaysia are weakening. Both Sabah and Sarawak have grown increasingly disillusioned with the way they have been treated; separatist sentiment is rising. Even Johor has talked about leaving.[5]

At the same time, the challenges the nation is facing from without are also not being adequately addressed. China continues to press its ownership over our islands in the South China Sea with no intelligent response from the government. The heirs of the Sultan of Sulu continue to aggressively press their claim to Sabah. [6] An international corporation backed by foreign governments has bullied the federal government into allowing mountains of dangerous toxic waste to be stored locally.

Elsewhere, our prison system is in a mess; prisoners are dying in detention under suspicious circumstances with sickening regularity.  In one 18-month period alone, 149 Indonesian detainees died due to ill-treatment and neglect.[7] To those with a conscience, it’s an immense tragedy, a stain on our nation’s honour, a grave moral crisis.

There are crises in several other sectors too. Tun Daim is warning that our financial situation is serious, that our education system has failed, that our bloated and inefficient civil service is dragging us down.[8] Civil service renumeration and pensions already consume 45% of the nation’s operating expenditure.

Corruption too is now at crisis levels, undermining business confidence, institutional integrity and national security. Because of corruption, almost every major defence procurement project has ended disastrously, seriously undermining our defence capabilities. As well, our borders are compromised because both the customs and immigration departments are riddled with corruption. At the local government level, corruption has resulted in rampant overdevelopment, congestion and flooding.

What’s worse, there no longer seems to be effective oversight of key government agencies. Some agencies have become a power unto themselves. Their chiefs are untouchable; they flout the law or bend the rules and get away with it. Even the much touted parliamentary select committees are powerless to hold some of them accountable. In the meantime, the failure of regulatory agencies is becoming more and more apparent – forests are raped, rivers are contaminated and the air is polluted by all sorts of illegal activities.

Given this abject situation, it would be naïve to think that the battle against corruption can be won or that good governance or the rule of law is even possible. Indeed, there is now a crisis of confidence in the government itself; citizens no longer trust the authorities to uphold the law transparently or to act in the best interest of the people. They see how wealthy and well-connected elites have their cases withdrawn while less fortunate Malaysians get jailed or fined for stealing food to feed their children.

As government authority weakens, cartels, syndicates and other criminal groups operate with increasing impunity; reports indicate that cartels and syndicates are active in several sectors ranging from the import of halal meat and foreign labour to government contracts. There’s even a haj cartel! [9] A former IGP also alleged that a cartel of dirty cops with links to criminal gangs was operating within the police force itself.[10]

Perhaps the gravest crisis of all – because it casts a long shadow over everything else – is the political crisis. We’ve had three prime ministers in four years, two of whom came in through the backdoor. Now certain leaders are pushing for early elections in the hope of saving themselves from criminal prosecution; if they succeed, our criminal justice system will be fatally impaired.

With so much going so terribly wrong at so many different levels, the system of governance itself is now breaking down. Thinking Malaysians, Malay and non-Malay alike, know what the real problem is: the post-1969 political construct premised upon Ketuanan-Melayuism and its corollary, the NEP.

Ketuanan-Melayuism has brought to the fore some of the most corrupt, most incompetent, most clueless, most indolent, most self-serving bunch of politicians as ever there was. As former Bank Negara deputy governor Sukhdave Singh noted: “a race-based political system that is largely devoid of meritocratic considerations provides rich opportunities for individuals with the worst character defects to assume leadership positions.”[11]

They talk incessantly about “bangsa, negara dan agama” but are themselves the greatest obstacle to all three. They say they want to help the Malays but many Malays remain poor while they grow richer and richer. When they find themselves in a corner, they put the blame on the non-Malays.

Most Malaysians are simply disgusted by the imbecilic antics and hypocrisy of many of these leaders. What does it say of their intellectual capacity when they put forward such asinine ideas like drinking warm water to fight Covid, turning floods into tourism opportunities or ordering the armed forces to grow vegetables to alleviate food shortages? It is plain to see that they have no real answers; governance is simply beyond their competence. If nothing changes, the crises will pile up until the whole system collapses under the weight of its own contradictions.

But we know all this: we’ve read about it, seen it, experienced it. The only question now is whether we are going to do anything about it.

GE15 will soon be upon us. It will provide yet another opportunity to rescue this unique and wonderful nation we are blessed to call home from the clutches of all the corrupt, incompetent and self-serving politicians who now hold sway over our nation. We can play their game of race and religion and fight each other or unite to elect good leaders. If we do not seize the moment, we will be as guilty as them for the failure of our nation.