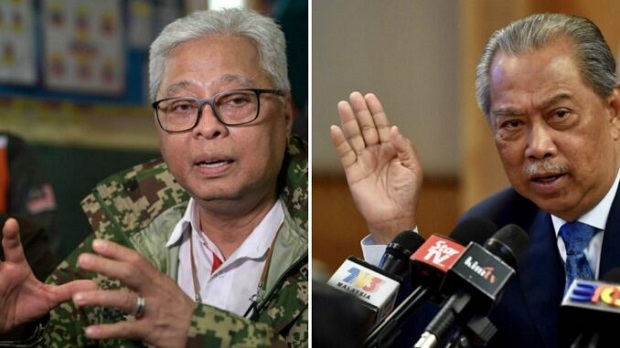 PETALING JAYA: Bersatu information chief Wan Saiful Wan Jan has called out Prime Minister Ismail Sabri Yaakob for claiming that he had a meeting with Perikatan Nasional (PN) leaders recently when it was actually an informal chat over lunch.

PN has been pushing for a meeting with Ismail to discuss terms of an agreement he signed with PN chairman Muhyiddin Yassin before taking office one year ago. One of the key conditions was the appointment of a deputy prime minister from Bersatu.

However, when asked about the matter on Saturday, Ismail said he already met with PN leaders two weeks ago at Parliament.

“If you only meet over lunch, that’s not a proper official meeting,” Wan Saiful reminded the prime minister in a Facebook post.

“For me, Ismail’s statement claiming to have met the PN delegation is a lie.

“Ismail needs to explain why he deceived the media and the public. He should talk face to face formally (with PN), not have an informal chat during lunch.”

When asked about the meeting on Saturday, Ismail said both Bersatu and himself had exchanged their views, before adding that the issue need not be raised again.

Previously, it was reported that Ismail cancelled a meeting with PN secretary-general Hamzah Zainudin to discuss the agreement at the last minute.

“What is Ismail really afraid of? Why isn’t he brave enough to meet an ally officially?,” Wan Saiful asked.

“Unless, there’s something Ismail wants to hide and is afraid that the PN delegation will ask (in a meeting)?,” he added, before referring to the issue of Umno leaders being in the spotlight over the RM9 billion littoral combat ship (LCS) project.

Three senior Umno leaders have been the target of criticism over the project. One of them is former prime minister Najib Razak, who led the government when the defence ministry awarded Boustead Naval Shipyard Sdn Bhd the contract for the six ships in 2011.

Umno president Ahmad Zahid Hamidi, who was the defence minister at the time, and Hishammuddin Hussein, who succeeded him, have also come under scrutiny over the many delays in the completion and delivery of the ships.