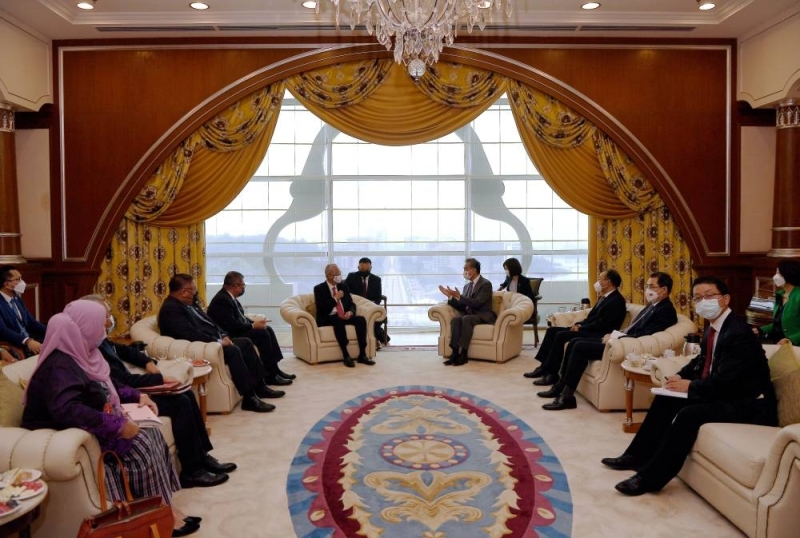 KUALA LUMPUR (July 12): Malaysia has expressed the hope that China as an influential player in the international arena will continue to consider the interests of neighbouring countries and its partners in development.

Prime Minister Datuk Seri Ismail Sabri Yaakob said China had given its support to other countries, including Malaysia, when they were going through difficult times like during the Covid-19 pandemic.

He said in the early stage of the pandemic, China contributed gloves and personal protective equipment (PPE) and gave early access to its vaccines, apart from extending aid to Malaysia when it was hit by major floods at the end of 2021 and early 2022.

“I give my commitment that we will not only strengthen bilateral ties with China but will also be prepared to play an active role in promoting stability at the regional level,” he added.

He said this in his speech at a dinner to celebrate the 48th anniversary of the establishment of Malaysia-China diplomatic relationship at Seri Kembangan here tonight. His speech was read out by Foreign Minister Datuk Seri Saifuddin Abdullah.

The prime minister also stressed that Malaysia should work with countries that share common goals to ensure that the history of the region will stay on a course of peace and prosperity.

Ismail Sabri also said that China had become Malaysia’s largest trading partner since 2009, and this was due to its position as an economic powerhouse.

He explained that trade between Malaysia and China had grown by an average of 16 per cent over the past two years, with total trade between them valued at more than RM421 billion.

“The economic relationship between the two countries also provides greater opportunities for the development of Keluarga Malaysia in terms of skills and experience, as well as offering financial benefits to Malaysia.

“Malaysia-China relations are not only of economic interests but also cover education, technology, health and law enforcement cooperation of mutual concern,” he said.