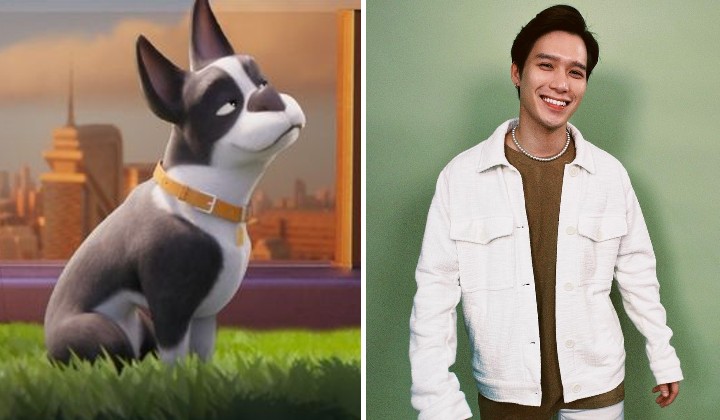 Local actor and celebrity Sean Lee or “SeanLJE” has been offered to voice out “Waffles”, a Boston Terrier character in the new upcoming DC League Of Super-Pets, as confirmed by Warner Bros. Pictures.

The Subang Jaya actor is known for his roles in the drama series “The Hotel”, “Romantika 4 Hari 3 Malam”, and “Jujurlah Nikahi Aku”. He’s also the familiar face you see on some Watsons, Lazada and Corntoz ads.

Lee gets to play the supporting character of a cute Boston Terrier dog called Waffles, living in Metropolis, a setting in the DC movie.

This is the first time that Warner Bros. has selected a Malaysian cast member for a localised part and they hope that audiences will appreciate the humorous local touch to it.

DC League Of Super-Pets tells the story of Superman’s best friend, Krypto the Labrador Retriever Super-Dog. When his owner and the rest of the Justice League are kidnapped, he has to convince his newfound friends from the shelter – Ace the hound, PB the potbellied pig, Merton the turtle and Chip the squirrel – who were given accidental superpowers to help him save them.

When a Hollywood studio comes knocking on your door, of course, you’re elated!

Lee said, “I am blessed that my childhood dream of voicing a character in an animated film came true and I’m so honoured to represent Malaysia in a special edit of an international film!”

Although his part is just a minor role in the big film, Lee was so ecstatic that he even created his own backstory for this character. He envisioned Waffles as a brutally honest dog from Subang Jaya, Malaysia whose owner moved to the Metropolis as an expatriate.

It is also said that Waffles will have a strong Malaysian accent. Will he? We’ll find out soon enough.

DC League of Super-Pets will be premiering in Malaysian cinemas this month on July 28. Stay tuned and watch out for this Subang Boston Terrier!

Here’s a trailer of the movie starring famous celebrities like Dwayne Johnson and Kevin Hart.