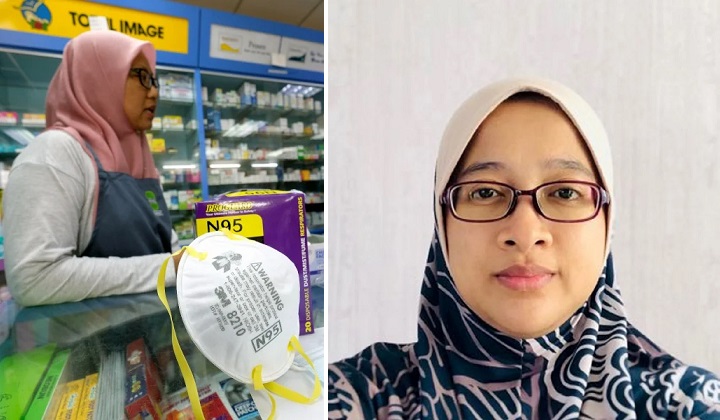 While the public remains divided on the new mandate to ease the use of face-masks for outdoor areas beginning 1 May, several health experts have moved to suggest for the government to delay implementing the new ruling.

According to New Straits Times, public health specialist Dr Safiya Amaran warned that there is a possibility of an explosion of cases during and after Hari Raya Aidilfitri due to the likelihood of the waning of the herd immunity in May and June.

“We don’t want to relive the nightmare of the last Hari Raya when the Beta (variant) wave converged with the arrival of Delta-fuelled infections.

“It’s best that we wait until early July for the Omicron wave to taper off properly and relax this mandate in time for Hari Raya Haji,” she was quoted as saying, adding that the government should wait till July before implementing the new ruling.

Dr Safiya suggested that the upcoming Hari Raya be celebrated with caution, as it is still unclear the main contributing factor that saw the decline in Covid-19 positive cases lately.

She points out the re-infection cases which became more common with the emergence of the Omicron and other sub-variant.

“Malaysia cannot afford to throw caution to the wind, especially as countries like the United Kingdom, Denmark and the United States are registering more deaths now, compared with nations that kept the (mask) mandate,” she said.

“If the public understands this and takes responsibility for his or her own health, this could work.

“But the authorities need to prepare to change this advisory if things take a turn for the worse,” he said, commenting on the new ruling which requires individuals to wear face masks in confined spaces, including in public transport.

He also stressed that the face mask mandate could not be lifted for now, especially for indoor environments, pointing out that vaccination only helps reduces the chances of a severe infection among the public.

Meanwhile, Epidemiologist Dr Malina Osman, despite agreeing with the new ruling made by the government, however, advised high-risk groups to continue wearing face masks in all public areas for the next six months.

She said that this includes unvaccinated and those with incomplete vaccination, as well as people with comorbidities or who are immunosuppressed.

On April 27, Health Minister Khairy Jamaluddin announced several key Covid-19 standard operating procedures (SOP), including a new ruling that stated that it is no longer mandarory for an individual to wear face masks outdoor.

READ MORE: No More MySJ Check-In & Other SOP Relaxations: Everything KJ Said About The New Guidelines