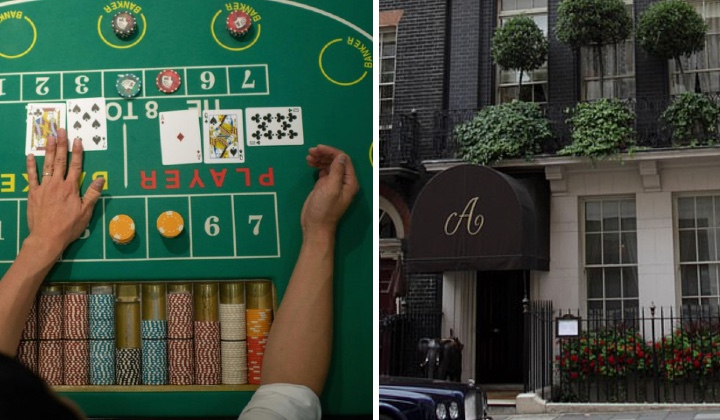 Gamblers usually blame themselves for not noticing the signs of gambling addiction.

But a Malaysian gambler is suing a Mayfair casino at the High Court in London for the £3.9 million (RM21.91 million) he lost within 72-hours.

The law protects vulnerable people from being harmed or exploited by gambling.

In his writ, it was stated: ‘Rather than forcing the claimant to stop and rest, Aspinalls increased his credit to £2 million (RM11.23 million)’.

According to Daily Mail, Lim was a member of the exclusive establishment since 2014 and his privileges include cashing cheques up to the amount of £600,000 (RM3.37 million).

Lim accused Aspinalls of taking advantage of his losing streak, by extending his credit to £1.9million (RM10.67 million).

The card game – made popular by James Bond in Ian Fleming’s first 007 novel Casino Royale – is a new variant of the traditional Punto Banco with additional winning chances.

However, that didn’t stop Lim from blowing another £2 million (RM11.23 million) in credit, which the casino extended to him.

Lim’s marathon session of the card game happened in 2015.

According to a High Court writ, Lim played for 72 hours with ‘limited breaks’.

Four years later, Aspinalls won a case against Lim. The casino took him to court because he did not pay the money he had lost.

Aspinalls said it would defend the suit and had refused further comment.

Lim is former Executive Director at Yinson Holdings Berhad from 1996 to 2016.

Yinson is an energy infrastructure and technology company listed on the Main Market of Bursa Malaysia Securities Berhad.

The company is founded by his brother Lim Han Weng.

He is a graduate with a Bachelor’s Degree in Civil Engineering from Monash University in Melbourne, Australia.

Upon graduation in 1984, he took up the position of Operations Manager in Yinson Transport (M) Sdn Bhd.

In 1986 he assumed the position of Executive Director of Yinson Corporation Sdn Bhd (YCSB). He is primarily responsible for the overall management of YCSB.

Lim, who is reported by British media to be worth £40 million (RM224.68 million), has business interests in property, steel and computer chip manufacturing.

He also owns properties in Malaysia and London.