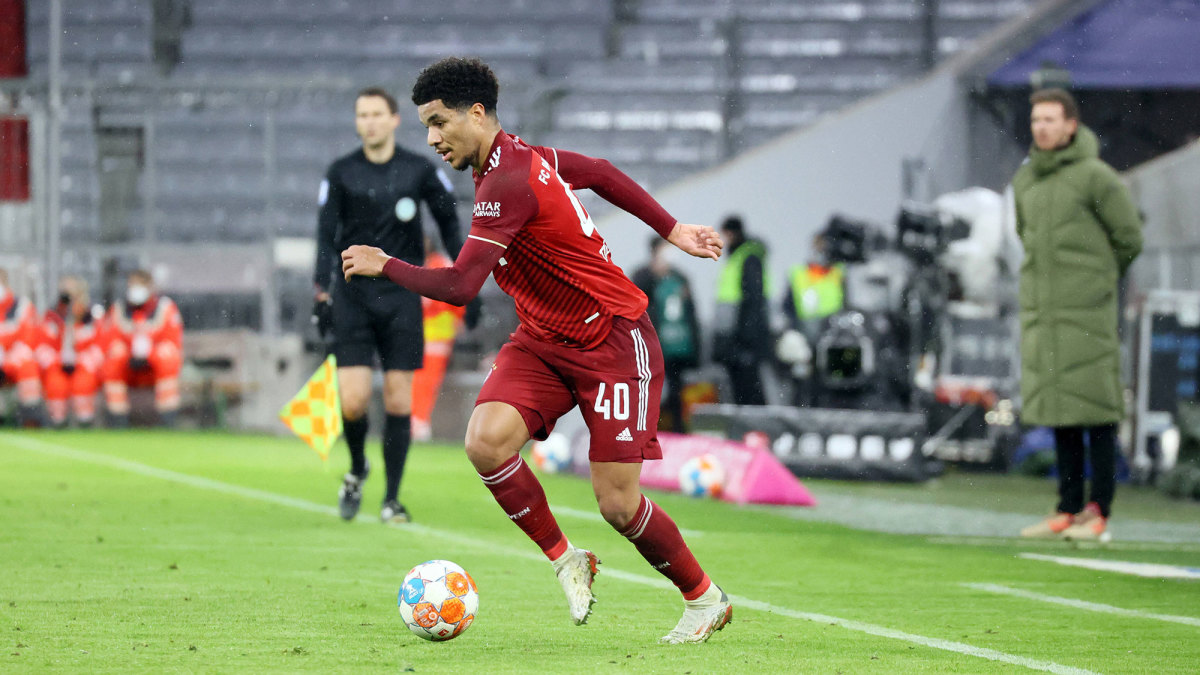 A teenage German-American attacking prospect making his way through the ranks at Bayern Munich commits to the U.S. men’s national team prior to a World Cup. It should sound familiar. Eight years later, history, at least on the surface, is on course to repeat itself.

In March 2014 it was Julian Green who made the switch from Germany to the U.S., and he remains the scorer of the USMNT’s last goal at a World Cup. His impressive extra-time finish vs. Belgium in the round of 16 in Brazil came months after his decision. Now, it’s Malik Tillman’s turn to try to take the mantle and repeat history all the way.

This isn’t entirely apples-to-apples, but the 19-year-old Bayern Munich product who was born in Nuremberg to a German mother and American father has evidently elected to represent the U.S. internationally. He has featured for German youth teams more than 20 times, including in official UEFA competition, which will require him to apply for a FIFA one-time switch. It’s not something that has gone over well in his native land, but it could be a boon for a U.S. program that’s screaming for consistency at the forward position.

“We regret Malik’s decision—it surprised us a lot,” Germany under-21 coach Antonio Di Salvo told German outlet Kicker. “We promoted him as a young player in the U-21s, we placed a lot of trust in him and gave him match practice. In addition, we were in intensive talks regarding his prospects in the senior national team.”

But Germany’s loss stands to become the U.S.’s gain. While Tillman’s tale is unique and independent to that of Green, the two are strongly linked. Malik’s older brother, Timothy, is Green’s teammate at Greuther Fürth and also used to play for Bayern. The development comes just days after one of Green’s former U.S. teammates, Clint Dempsey, highlighted the U.S.’s need for a reliable option to emerge at striker.

“I think we’re missing a number nine. I think someone needs to kind of solidify that role and be the main guy,” he said in comments made prior to his induction in the National Soccer Hall of Fame this weekend.

Tillman, who made two appearances for the U.S. U-15s in 2016—assisting on a first-minute Gio Reyna goal vs. Montenegro in the process—before representing Germany on the youth stage, is a ways away from becoming that, and it’s not yet clear if he’ll even take part in June’s pre-World Cup camp. He could theoretically train with the U.S. and not play in any matches before his FIFA switch is approved. But whenever the time arrives, he’s a versatile player that comes highly regarded. Bayern Munich manager Julian Nagelsmann sung Tillman’s praises in December, when he was in the midst of making his four Bundesliga appearances for Bayern’s first team this season (he scored four goals and had four assists in 15 games for Bayern II in Germany’s fourth tier; he also scored once for Bayern’s first team, in a DFB-Pokal first-round win over fifth-tier opposition).

“He’s definitely a player who’s more and more becoming an alternative,” Nagelsmann said, adding that he was more than just a clock-killing substitute at the end of matches whose results are clear. “He’s not a blind sub. We’re talking about a top quality young striker. I’d also trust his use when things are not settled on the pitch.”

The 6’1″ Tillman has previously played as a central midfielder as well, offering the kind of versatility that is often quite valuable in international competition, where roster size is finite.

“Malik’s one of the younger lads in the U-19s, but he’s a beast physically. He has very, very good technique. He’s difficult to nudge off the ball. He’ll get even better if he becomes more dynamic. It helps him to play as a striker sometimes. He’s got a very good tally for goals and assists,” Bayern academy director Jochen Sauer said at the start of the year.

Tillman, who tore his ACL in October 2020 and returned in July of last year, certainly fits the profile of the U.S.’s nucleus: young, highly rated, performing at either a top European club or in an elite European league. And his recruitment follows that of Yunus Musah, Sergiño Dest and Ricardo Pepi as dual-nationals who have elected to join Gregg Berhalter’s program. It also follows a long line of German-American dual-nationals who have featured for the U.S. in recent years, including the likes of John Brooks, Jermaine Jones, Fabian Johnson and Timmy Chandler. Tillman is under contract at Bayern until 2024 and gives the U.S. another flag to plant at one of the top clubs in the world, where the likes of Chris Richards and Taylor Booth are also on the books.

“I would like to thank FC Bayern for the faith in me, and I’m happy that I can be part of the first-team squad,” Tillman said upon extending his contract last September. “My aim is to establish myself at the highest level, and I’ll give everything to achieve that.”

The U.S.—not Germany—now stands to be the beneficiary of that decision, whether, like in Green’s case, it’s in the World Cup that’s around the corner, or in the ones to follow down the line.