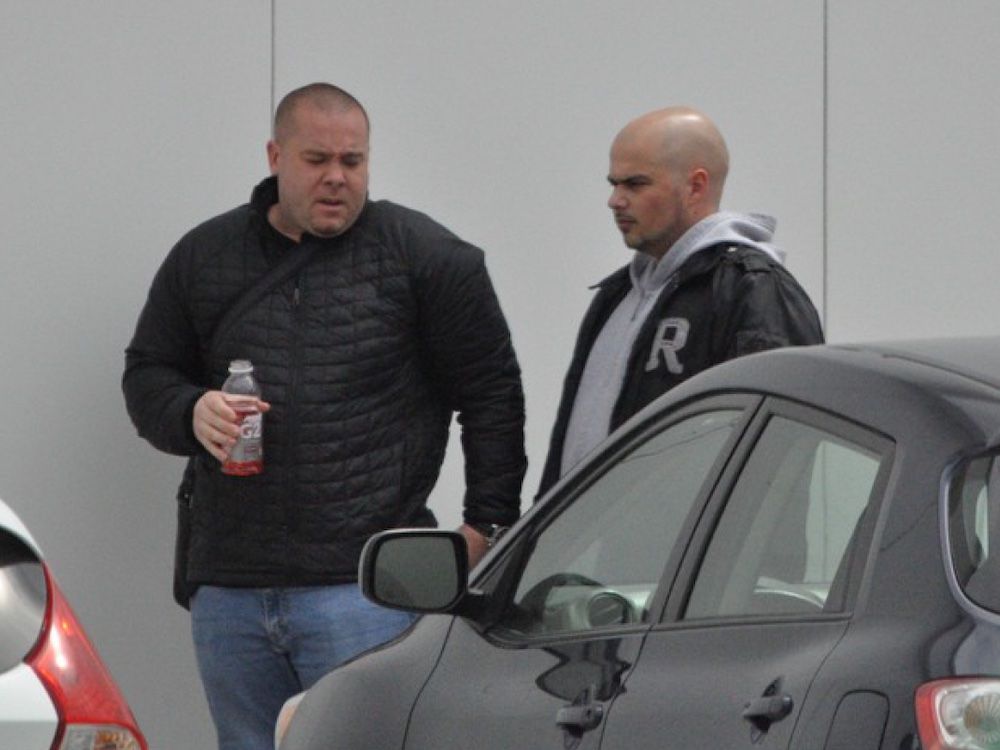 The man charged with the murder of a Hells Angels associate in St-Léonard had the tools necessary to manufacture firearms inside his bungalow in Terrebonne.

The trial of Giovanni Presta, 37, continued Monday at the Montreal courthouse where he is charged with the first-degree murder of Sebastien Beauchamp, the former member of a Hells Angels support gang called the Rockers. Beauchamp was killed by hitman Frédérick Silva at a gas station on Langelier Blvd. on Dec. 20, 2018. Presta is alleged to have acted as Silva’s driver on the day the hit was carried out.

On Monday, Superior Court Justice Marc-André Blanchard heard evidence of what was seized from Presta’s home on d’Anvers St. in Terrebonne and from a condo in downtown Montreal that Silva was using as a hideout while he was a wanted man. Long before he killed Beauchamp, warrants had been issued to arrest Silva for the attempted murder of Montreal Mafia leader Salvatore Scoppa and the murder of Daniel Armando Somoza-Gildea, a Concordia University student who was shot outside a strip bar in Notre-Dame-de-Grâce.

The warrants were issued in June and November 2017. Silva carried out two other homicides in 2018 before he killed Beauchamp, and it was footage from a surveillance camera located on a street close to Langelier Blvd. that helped link Presta to Beauchamp’s death and contributed to how the police eventually found Silva’s hideout, a condo in a building on Duke St. near the Bonaventure Expressway.

Two police officers who testified before Blanchard described the many items that were seized from both locations when the two men were arrested on Feb. 23, 2019.

Denis Cardin, a former detective-sergeant now retired from the Montreal police, described how he and the other police officers who searched Presta’s home found a 3D printer in one of the bedrooms inside the bungalow. At another location they found a manual on how to make a 9 mm firearm using a 3D printer as well as several pieces of plastic that could be used to manufacture parts for it.

Three firearms recovered after Beauchamp was killed were equipped with silencers that police suspect were made by Presta at his home. A similar silencer was found inside Silva’s hideaway on Duke St.

Cardin also described how police noticed a black armoire in the basement of Presta’s home. At first, Cardin said, it appeared to be empty. But when they took a closer look they realized it was concealing a large hole in a wall behind it. A bag had been stuffed inside the hole and from it police recovered three firearms, including a semi-automatic equipped with a silencer as well as a mask with fake hair and a beard on it.

Isabelle St-Jacques Latour, a crime scene technician with the Montreal police, testified about the items seized from the condo on Duke St. and said one of Presta’s fingerprints was recovered from a bag found there.

She also said Silva was found to have a few laptops and computer tablets inside the condo. The police also found a fake beard and a silicone mask of an elderly man’s face. They also seized a backpack that had items stored inside each of its pockets. In a front pocket they found a pair of leather gloves. In another they found a black toque. In another parts of the backpack they found a small black GPS locator device, two cell phones and a device used to read encrypted messages.

St-Jacques Latour also said a loaded .40 calibre Glock firearm, equipped with a silencer, that had been wrapped in a bag was found stuffed inside a ventilation shaft.