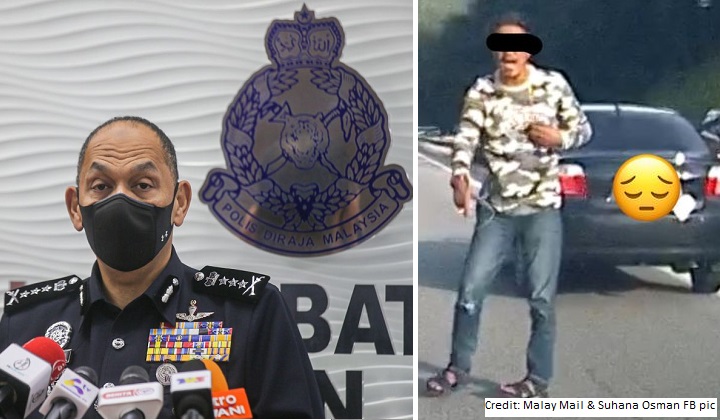 A man had caused a stir after he ran amok on the North-South Expressway southbound, near the Kuala Kangsar district yesterday evening.

During the incident, the suspect, a Malay male, had stopped a car in the fast lane of the expressway.

He then alighted the vehicle before going on a rampage while clutching a gold chain, where he climbed on a car before kicking several nearby cars that had slowed down to evade the suspect and his vehicle.

The picture of the man running amok had also made its rounds on social media.

Mior Faridalathrash said that the police were alerted of the incident at about 7.12pm.

“The police report was lodged in Ipoh but the probe was carried out by the Kuala Kangsar Criminal Investigation Department, and the Traffic Investigation and Enforcement Department.

“The suspect and all witnesses will be traced to assist the investigations,” he was quoted by Bernama.

The case is being investigated under Section 427 and Section 283 of the Penal Code for causing mischief, as well as Section 48 of the Road Transport Act 1987 for obstruction of the road.