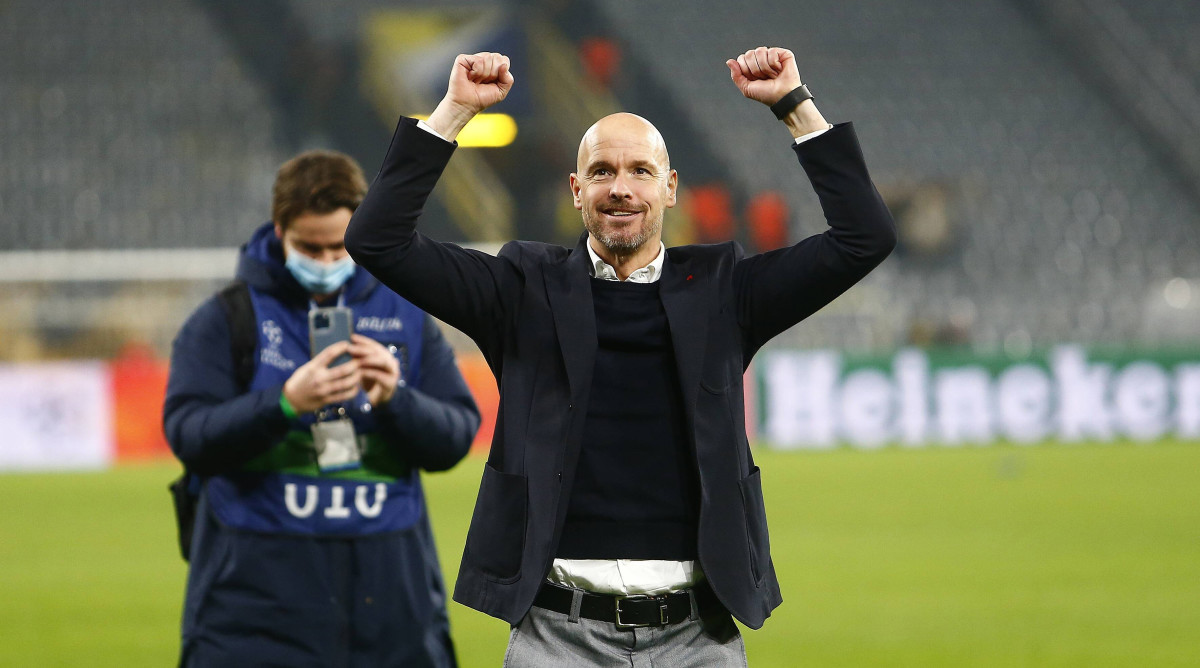 The Ajax manager emerged last week as United’s favored candidate to replace Ralf Rangnick at the end of the season. Rangnick seems to have had very little input, his role as a consultant sidelined because … well, where do you start? Probably with a weary sigh.

It’s tempting to say this goes back to the very origins of the club, or at least to the appointment in 1903 of Ernest Mangnall as manager. He had a raffish mustache, habitually sported a boater hat and, by a combination of charisma, intelligence and sharp practice, won United its first two league titles. And so, deep in the identity of the club was established the idea that success came from the appointment of messianic showmen.

Subsequent history has tended to confirm that impression. United has only won the league under two other managers: Matt Busby (five times) and Alex Ferguson (13). Both were great dictators, governing almost all aspects of the playing side of the club. Appoint the right messiah and success will follow.

Except that isn’t how modern football works. Pep Guardiola and Jürgen Klopp are successful not just because they are geniuses but because they have the right structures around them. Most obviously, City and Liverpool almost never make a duff signing. Everybody is bought for a specific role, and everybody fits the wider schema. United could hardly be more different. It is a squad of extravagantly talented players who do not fit together and, worse, having seen a series of managers come and go, are resistant to change.

Ole Gunnar Solskjær never looked cut out for the job, and his dismissal after a 4–1 defeat to Watford was probably overdue. But the appointment of Rangnick as an interim coach with an ill-defined consultancy role made sense only if he was using his weeks in charge to assess the squad before stepping upstairs into a director of football role. It is as an overseer that he had excelled with the Red Bull group; he had been a head coach for only one season in the past decade.

United’s board, having appointed a series of famous managers past their peak, then a club legend, then went for a noted tactical innovator and strategist, but gave him the wrong job. Antonio Conte probably would have joined in the summer had United shown any interest; now he has taken Tottenham to fourth. Rangnick, meanwhile, while remaining professional, seems effectively to have given up trying to impose his style on resistant players.

Mauricio Pochettino will probably leave Paris Saint-Germain in the summer; he would be open to a move to Old Trafford. He has Premier League experience. He has dealt with major egos before. He has a track record of developing young talent, but his final year at Spurs was marked by the squad going stale (something he warned about, only to be denied funds because of the move to the new stadium—funds that then became available to attract and then pay off José Mourinho). His struggles at PSG, an essentially unmanageable club, seems to have turned fans against him, and elements of the board are very attuned to fan opinion.

Thomas Tuchel may also soon be available given the chaos at Chelsea. He, too, has Premier League experience and has turned around ailing clubs quickly while developing a more progressive style. But Richard Arnold, the new United CEO, and Joel Glazer, club owner, are apparently set on ten Hag.

He has done great things with Ajax. On a limited budget, he has made the club a Champions League force. He is clearly an exceptional coach. But at Ajax he has a very specific structure, something he will not have at United. Perhaps he will thrive, will show attributes he has never had to show before, but it is a major risk.

Meanwhile, ten Hag has other offers. He has asked United a series of questions about what precisely his role will be, and that could be a sticking point. Glazer and Arnold are understood to be reluctant to give up complete responsibility for transfers. They want still to be able to sign Cristiano Ronaldo on a marketing-driven whim and impose him on a manager.

The entire United structure is dysfunctional. There is no evidence of any understanding at the upper levels of the club. Pochettino, ten Hag, Tuchel … whoever ends up coming in will find it brutally hard. Waiting for a messiah is no way to run any institution.