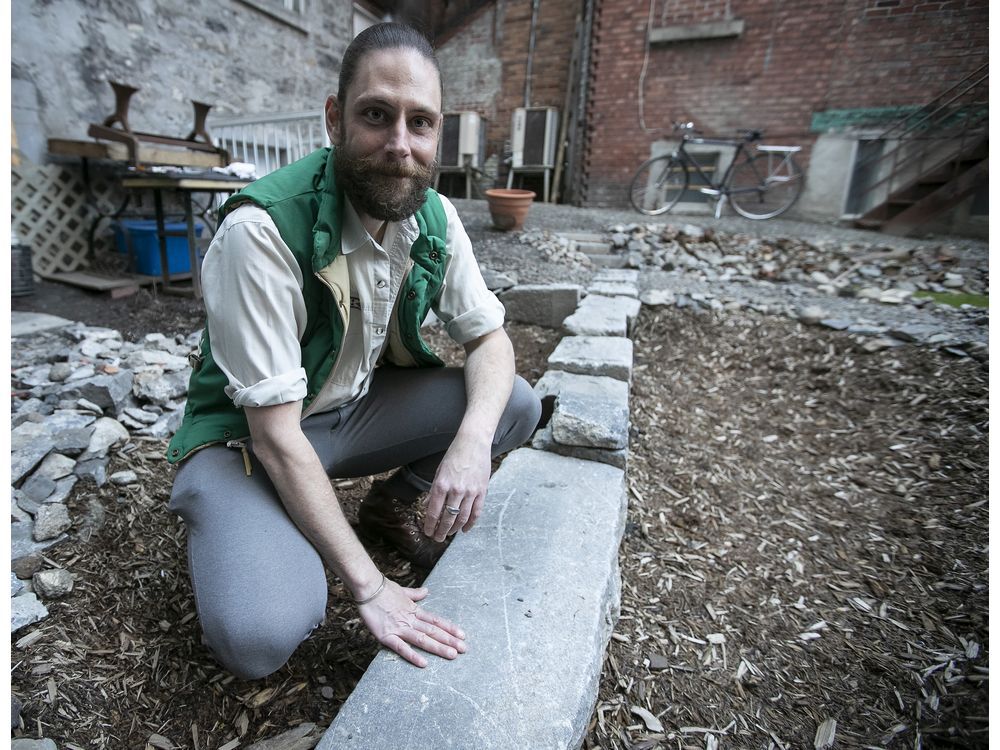 Jean-Philippe Riopel and Élyse Lévesque raised a 7,000-name online petition to the Quebec National Assembly calling for protection of the historic district

Québec solidaire MNA Manon Massé awarded a National Assembly medal Monday to Jean-Philippe Riopel, a resident of Chinatown who raised the alarm last year about threats to the heritage district.

Massé said she chose Riopel as a recipient so “Quebec will remember that you put your heart and soul into saving Quebec’s only Chinatown.”

Riopel, a tour guide, is a tenant in a 177-year-old building on de la Gauchetière St. W. that was acquired last year by developers Brandon Shiller and Jeremy Kornbluth.

After learning that the developers had bought his building and several others on the block bounded by de la Gauchetière, St-Urbain, Côté Sts. and Viger Ave., he and a friend, Élyse Lévesque, sounded the alarm on Facebook.

They also raised a 7,000-name online petition to the National Assembly calling on the government to protect the buildings, which include the 1826 British and Canadian School, now the Wings noodle factory, and the former Davis cigar factory, built in 1884 and incorporating part of the structure of a former church built in 1847.

In January, Culture and Communications Minister Nathalie Roy announced Quebec was classifying the block as a provincial heritage site, thus protecting it from demolition and unauthorized alteration.

“You have to stand up for what you believe,” Riopel said during a ceremony in the former Davis building.

“We need to preserve what is beautiful,” he added.

In recent months, Riopel organized a project in which museum techniques students at Collège Montmorency sorted and classified artifacts found in the two historic buildings.

National Assembly medals are awarded by MNAs to people of their choice who are deserving of recognition, or as an official gift to foreign dignitaries.