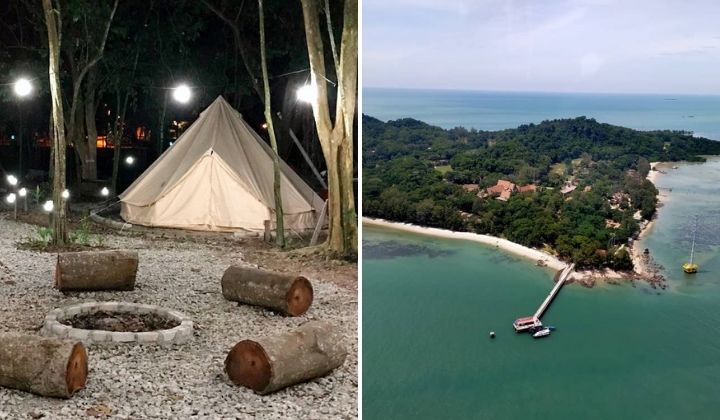 Pulau Besar is set to be the next hot eco-tourism attraction for glamping, as reported by The Star.

Glamping is a glamorous style of camping with amenities, and in some cases, there are resort-style services too.

According to State Tourism, Heritage and Culture Committee chairman Datuk Muhammad Jailani Khamis, the first such tourist attraction in Melaka will cost RM1 million. The whole project is expected to be realized by June 2022.

The initial work to clean up about 200 metres of the Pantai Laguna coast for the glamping site has been carried out in collaboration with the Melaka Islands Development Council (MPPM).

Muhammad Jailani added that the development of the tourist attraction would take the conservation of the marine ecosystem, especially the mangrove forests, into account.

Pulau Besar in Melaka is known for its allegedly mystical attractions.

Some of the mystical places are several ancient Islamic graves, some old wells and a cave named Gua Yunos, where warriors were said to practice mysticism and silat.

There were also tales of elves living on the island with their own royal palace.

Although it’s all just myths and legends, at least it makes Pulau Besar an interesting place to visit during your glamping trip.

If you’re interested in knowing more of the island’s stories, the exhibits in Muzium Pulau Besar explain some of the popular legends and sights.